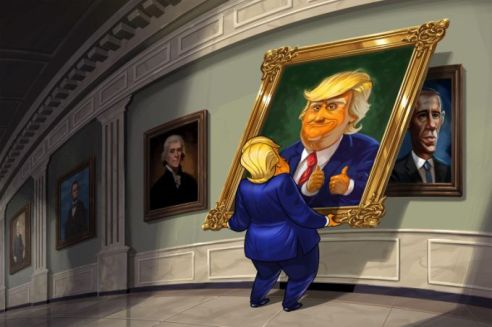 They say the bigger they are, the harder they fall, and in the fields of politics and business, those who fall are hurt the hardest.

Donald Trump may have been feeling on top of the world only a few days ago, sitting in the biggest chair in the Oval Office, giving himself a pat on the back for having just signed a denuclearisation agreement (and probably downing shooters with fellow madman Kim Jong-Un after the fact). But a bomb of a different sort was about to be dropped on unwitting Donald.

Today it was announced that the New York State attorney’s general’s office has filed a huge lawsuit against the Donald J. Trump Foundation, accusing the charity of violation of campaign finance laws, self-dealing (ie: acting in one’s own interests rather than the interests of a charity), and even illegal tampering with the presidential campaign.

While the suit seeks to dissolve the foundation, it also states President Trump and his children – Ivanka, Eric and Donald Jr., who each ‘worked’ for the foundation – were unfit to run it, and that their work there should immediately cease. 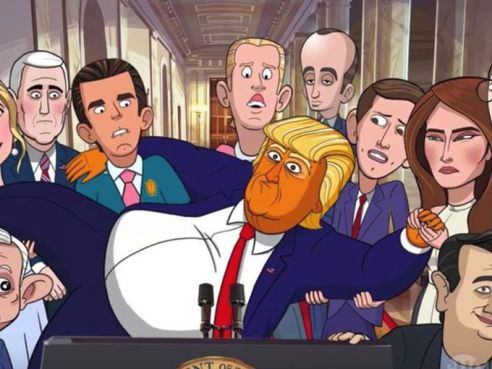 The suit was filed by the attorney general herself, Barbara Underwood, and it describes the Trump Foundation as “little more than an empty shell”, demanding that the family pay $2.8million in restitution, and asking for the distribution of $1million in assets to other charities.

Fittingly, legal papers were filed last Thursday, on the morning of Trump’s 72nd birthday, and not so surprisingly, investigations have discovered several  selfish actions had been carried out on Trump’s behalf. Foundation assets, acquired through tax-deductible donations, for example, were used to settle legal claims against one of Trump’s golf clubs and to buy a portrait of Trump to be displayed at another club.

The attorney general has also requested that referral letters be sent to the Internal Revenue Service (IRS) and the Federal Election Commission for possible further action, adding to Trump’s escalating legal challenges. So this charity shemozzle looks like just the beginning.

Under New York state law, organisations are barred from engaging in prominent political activity. Given that this is common knowledge in the worlds of business and politics, dim-witted Donald must have had some inkling he would eventually be found out.  Antonino Tati

Images from the animated series ‘The Cartoon President’, available to stream on Stan.