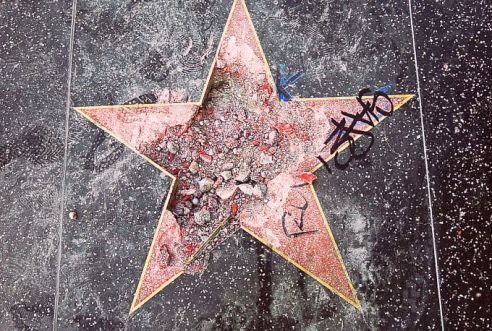 If there’s one way to upset US President Donald Trump, it’s to chip away at his celebrity factor and, in turn, his mighty ego. And there’s no way better to begin doing that than by removing his star from the Hollywood Walk of Fame.

This week, the West Hollywood City Council voted in favour of getting rid of Trump’s star for good, with a unanimous decision made on the grounds of Trump’s transgressions towards minorities – in particular women, immigrants, and handicapped individuals.

Trump’s star was engraved in the Hollywood Walk of Fame in 2007, initially to honour the man for his television work (The Apprentice) and pageant-related success (Miss Universe).

The star was recently vandalised with a pickaxe by a member of the public, causing the council to consider and confirm its removal for good.

Done and dusted, then? Well, not really… 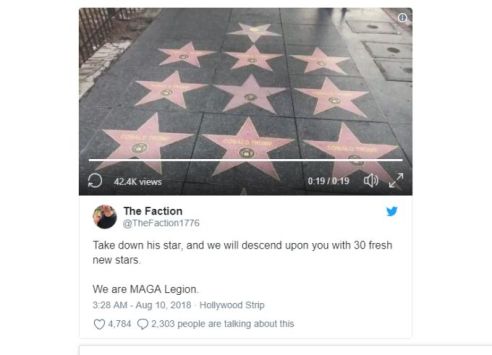 Shortly after the official announcement of the star’s removal, ‘fake’ stars have appeared on empty spaces along the famous walk, with an unnamed conservative artist taking credit for the work. Or not taking credit, as the case may be.

Fortunately, the fake stars are only cheap laminates that are easily removable.  Antonino Tati