So you were way impressed with Rami Malek’s turn as Freddie Mercury in the cinematic hit Bohemian Rhapsody? So blown away, in fact, that you didn’t spot the cameo of pop starlet Adam Lambert in the film?

Yep, that’s Adam pictured up top wearing – god forbid – a trucker’s cap and plaid shirt, and looking so not Adam Lambert in the movie.

The American Idol graduate, who again tours with Queen this year (filling in for Freddie, of course) wrote on Twitter over the weekend to confirm that was his 15 seconds of fame in the film.

In a brief scene, Freddie (Rami Malek) is chatting with his girlfriend Mary (Lucy Boynton) on the phone in a parking lot when a bearded Lambert walks past and makes suggestive eye contact with him, setting up for an implied session of sex in the truck-stop toilet. Yep, very naughty.

Lambert has been appearing on stage with Queen since 2011, after first performing with the band on the finale of American Idol in 2009.

Here, he chats with Cream about doing drag, playing it butch, and generally breaking down stereotypes with every move he makes.

Hi Adam. Let’s cut to the chase. Have you received any backlash from music puritans for taking on the role of lead singer for Queen?

I had some backlash from people saying ‘You can’t possibly replace Freddie Mercury’, but I already knew that. The way I choose to view it is that being asked to front Queen was a great honour and one that I was in no way going to shirk. Artists like Freddie, from the ’70s and ’80s, really pushed it, and of course there were plenty of people back then who didn’t get it either, with comments like ‘He’s acting like a girl’. You know, stupid shit like that. It’s called androgyny, people, and this is what it looks like!

What do you think of critics who say you do things, such as simulating sex on stage, simply to grab headlines?

You know, there’s always going to be criticism, no matter what you’re doing, and I’m sure people will feel that way, but I hope they’ll appreciate it as an artistic statement as well. When I did it first [simulated sex] it was pretty much what the song [For Your Entertainment] was about. I figured if these people want to be weirded out by it, then fine. I was just playing a sexually dominant character and the double meaning is that I was putting on a show. I thought it was all pretty straight-up, really. My intention is to just do my show. I don’t look at it on too deep a level when I’m on stage. I’m not trying to rewrite morals.

Have you always loved dressing up?

I do love my costumes. But I love the audio and the visual equally. To me, it’s the whole packaged deal.

“Men have had it easy being powerful and dominant in the entertainment industry but I think there’s a taboo for males to identify as gay or transgender or bisexual, and to show that sexuality. We have a right to use that.”

You’re truly in your element in the medium of music video.

Yeah, that was one of my biggest dreams about becoming a pop singer. I love combining a great song with a great visual image. For my first video, it was all about dazzling. For the next few, things were more stripped bare. I keep moving on from there.

There are images on the net, from years ago, of you performing in drag in underground clubs. Do you wish some of those images stayed out of the public eye?

Regarding the past stuff, I think it would be pointless for me to nit-pick too much. I mean, I planned things out even back then. I thought about them like I do now, but after the performance is done I try to let things go. It’s just an alternative male sexuality I’m showing. Men have had it easy being powerful and dominant in the entertainment industry but I think there’s a taboo for males to identify as gay or transgender or bisexual, and to show that sexuality. We have a right to use that. 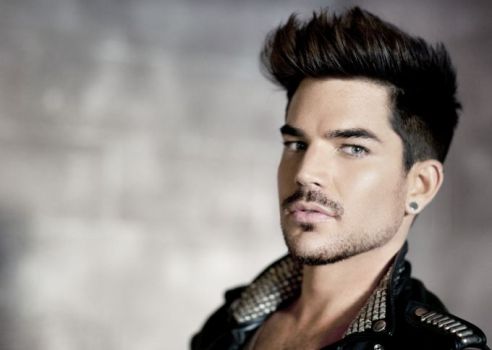 I think things are more conservative in the United States, and people are scared because it’s something they’ve not seen a lot of before. In the media, we’ve gained a lot of progress so far as gay visibility goes – there are gay characters in sitcoms and whatnot – but when you identify as gay, some people, only some people, still freak out. For me it goes beyond sexual preference. It’s trying to recognise a movement, not necessarily within the gay community but in alternative communities in general. I guess my main message is about risk-taking but also about being your own person and being comfortable in your own skin.

Interestingly, it was only Elton John who used to get away with being out and selling records to a predominantly straight audience. Not even Freddie Mercury was fully out. But you’ve been out from the start and it hasn’t stopped you selling records.

Well, it was well overdue and time for a change, I think.

Maybe you could provide tips for George Michael*? Write a handbook on ‘How to Be Out and Still Sell Records’.

I could! One tip would be: ‘Just don’t get caught in the bathroom again, George!’.

* This interview is in tribute to George Michael and the many gay artists who have shined a light on Freddie’s legacy. It was first published in 2010 before Michael’s unexpected passing and is one of 88 interviews featured in the New Holland anthology ‘There’s Your Quote, Mate’ by Cream editor Antonino Tati. The book is available here to purchase.