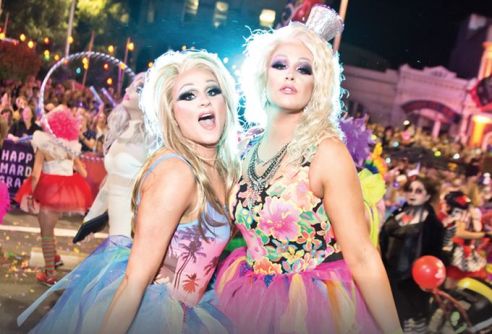 Sydney is revving up for Mardi Gras this weekend, with the parade this Saturday night being the 41st in the event’s history.

There will be 197 floats in the 2019 Mardi Gras Parade, with the first official float being the First Nation’s, acknowledging the traditional owners of the land on which the celebrations are held on.

There will be 197 floats in the 2019 Mardi Gras Parade, kicking off with Dykes on Bikes which have now become an institution in themselves, followed by Boys on Bikes, while the first official float will be the First Nation’s which acknowledges the traditional owners of the land on which the celebrations are held on.

Businesses taking part in this year’s parade include ANZ, Qantas, Holden, Vodafone, Woolworths, and AccorHotels, while political parties taking part are The Greens, Labor (or ‘Rainbow Labor’, to be more specific), and Liberal, despite recent clashes between LGBTQI groups and the federal government’s policies on Safe Schools and other issues.

For the full running order of floats see here.

The Mardi Gras parade will culminate, as usual, with a huge party in Moore Park, which this year features Jake Shears of Scissor Sisters fame, Courtney Act, Briefs, Paul Capsis, Pnau, and one of our all-time fave DJs, Late Nite Tuff Guy.