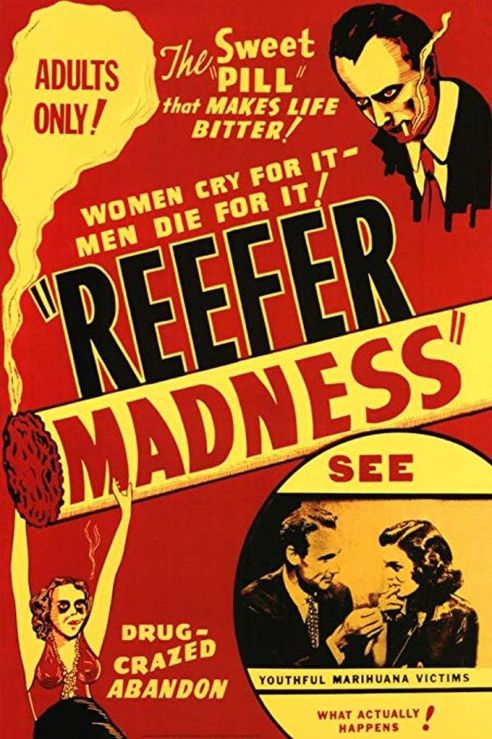 Once deemed the bringer of evil, marijuana has had a long journey from rejection to acceptance as a beneficial natural medicine and respected relaxation tool.

Keilah Keiser looks at a 100-year history of marijuana representation, from archaic campaigns that demonised cannabis users, to today’s slick packaging and bright billboards that promote the drug as if it were craft beer.

In 2019, it’s hard not to smirk at the wildly dramatic name for marijuana, ‘The Devil’s Lettuce’, but in the twin-set wearing age where wholesome families gathered around televisions to watch Leave It To Beaver, anti-cannabis propaganda was widely accepted.

There is nothing like looking at history from a visual perspective. Most museums today hold old art and artifacts that tell more about the history of a place than our history books can. These things can virtually take us back to a particular period or era by helping us understand how life was back then. Through this visual guide, we’ll highlight the evolution of cannabis campaigns, to get a better understanding of the complicated history that is marijuana, and in particular, the representation of marijuana in what up until now has been considered the centre of the free world, the U.S. 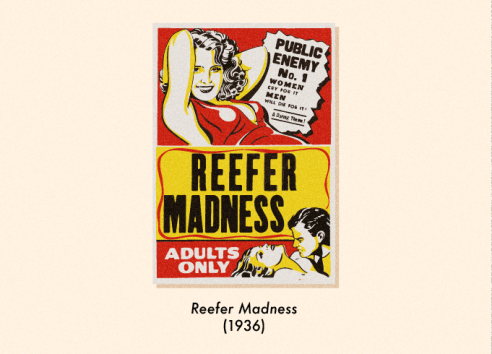 In the decades prior to the 1930s, many American households had cannabis in their medicine cabinets in tincture form. But marijuana began to decline in the eyes of “proper” society when Mexican immigrants and African-American jazz musicians openly smoked marijuana. Anslinger’s played on the racist attitudes of white America in the early 20th century and used the fear of marijuana as an “assassin of youth”. His tactics included racist accusations that linked marijuana to Mexican immigrants, many of whom had fled danger during the Mexican Revolution. His campaign also included stories of black men who enticed young white women to become sex-crazed and instantly addicted to marijuana. 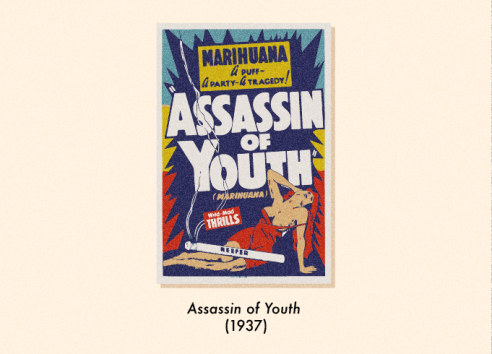 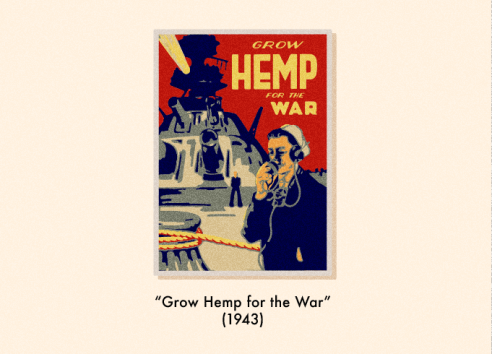 “Hemp for Victory” is important not only because it highlights the true benefits and concise history of hemp that has been largely censored from textbooks, but in less than a decade after the war on drugs began, the government had the remarkable ability to flip-flop on a core drug policy overnight.

Despite marijuana’s deep roots in the U.S., the 1960s and 1970s counterculture movement became the face of cannabis that many of us know today. Marijuana became associated with hippies, political activism and the rejection of social, economic and mainstream society. On television and in films, stoner stereotypes were those of jobless and careless characters such as Cheech and Chong, beach bums and beatniks who loathed work and authority. To many people, being a pothead became an insult, ranging from dirty hippies to lazy stoners. 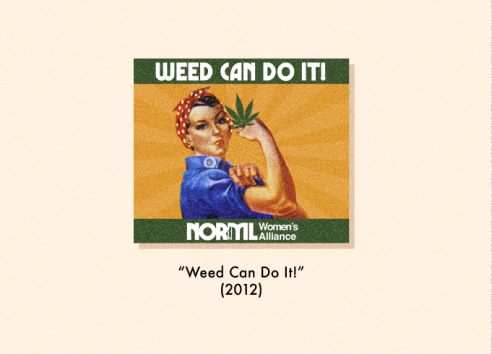 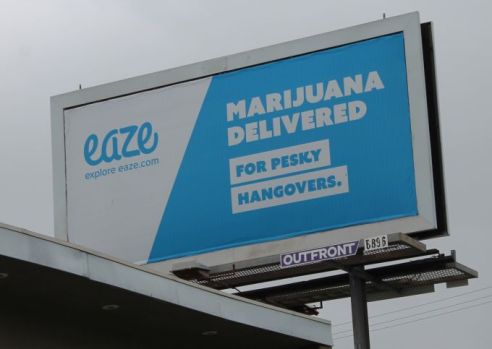