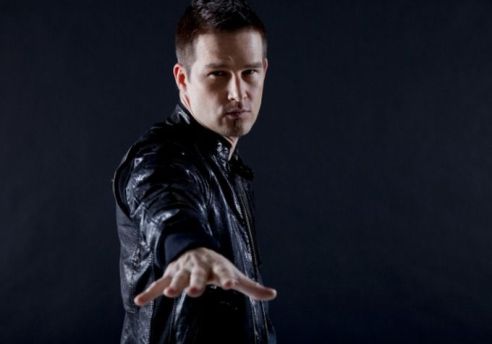 Famous for creating one of the most identifiable dance tracks of 2000, Finnish DJ and producer Darude is once again taking the music world by storm, albeit sans the sand.

When Darude (real name Ville Virtanen) released Sandstorm at the end of 1999, he never expected it to become the club classic that continues to fill dancefloors globally, 20 years on.

The track received international support from industry heavyweights such as Radio 1’s Pete Tong, Tiësto and Paul van Dyk, as well as having received phenomenal radio support from national stations in over 70 countries. Needless to say, Darude has entranced crowds at some of the world’s biggest music festivals such as Tomorrowland, Dancefestopia and Ministry of Sound, Australia.

With fellow Finn, Audioventura, and Australian vocalist, JVMIE (Jamie Lee Wilson), both featured on his latest single Hide, Darude says, “I know it sounds cheesy but I’m such an Australian lover myself, I love coming to play there. You guys know your music and you love partying so I’m very excited about this Aussie connection too.”

No stranger to working with Australian music artists over the years, Darude has developed a deep respect and connection with our homegrown talent.

“I sincerely like the Aussie spirit of [being] free-flowing yet still doing your jobs well and taking it seriously,” he says.

“That’s one of the things I really love about JVMIE. I just simply sent her my stuff and asked if she’d like to work on it. I don’t even remember if she responded yes or no at that point but she sent me the vocal element, so I was like ‘Good, I guess that’s a yes, then!”\

Recently, Darude entered his track Look Away into the Eurovision Song Contest, performing on stage with Finnish buddy Sebastian Rejman. While they didn’t make the top 10, one can only guess you’ll be hearing a lot more from this dance music maker at a club near you.

‘Hide’ featuring JVMIE is available now on iTunes and other streaming sites.