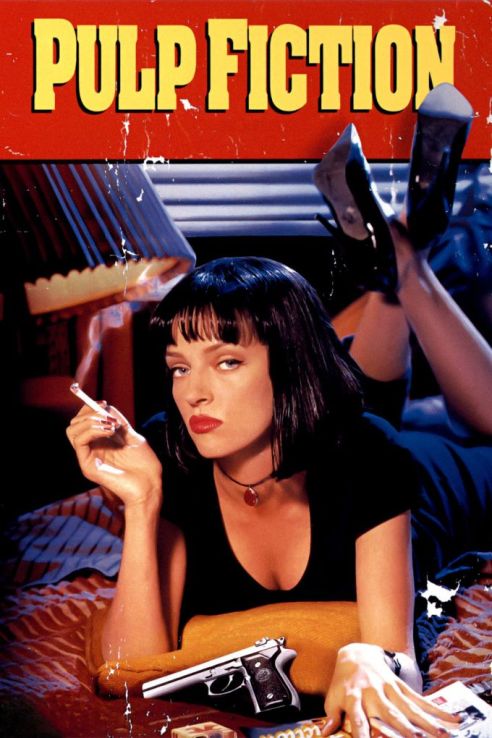 Welcome to Film School & Chill. Pens down. Books closed. Eyes to the screen only today. This week we present a pivotal film that changed the course and structure of contemporary cinema. Literally.

Rohan Stephens studies Quentin Tarantino’s Pulp Fiction and realises that – for a film that appears a hot mess on the surface – this one actually had it together, delivering twisted tactics many directors employ today to try and capture that Tarantino-esque magic.

‘Pulp Fiction’ awakened the Hollywood system to the significant earning potential of low-budget, indie cinema. It also enlightened us to the concept of ‘the backstory’, now a popularly used tool in film and television.

Pulp Fiction spawned a raft of mimicry, flooding theatres with gritty, modern crime stories with equally disjointed narratives but it also awakened the Hollywood system to the significant earning potential of low-budget, indie cinema. And it enlightened the rest of us to the concept of ‘the backstory’, which is now a popularly used tool in film and television. 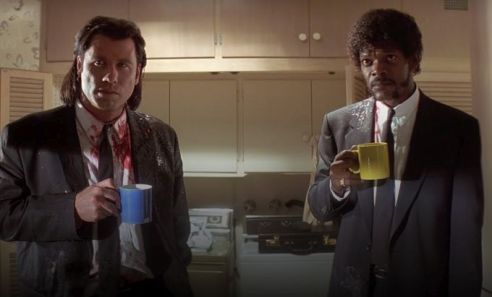 Made for just $8 million dollars ($5 million of which reportedly went solely to the salaries of its all-star cast) and going on to gross over $200 million worldwide, Pulp Fiction came to be when Tarantino and his then writing partner Roger Avary combined three stand-alone short stories into one screenplay. It loosely follows the tale of two hit men, Vince and Jules – played by John Travolta and Samuel L. Jackson – and a past-his-prime middle-weight boxer – played by Bruce Willis – and the various unfortunate scenarios that intertwine their lives such as the fallout of trying to fix a boxing match or managing the heroin overdose of a boss’ mistress.

The film is shot entirely out of chronological order, with characters reappearing on screen after having died and the ending forming the opening shot and then finally the climax again. It’s peppered with Tarantino’s trademark graphic violence and long, seemingly unrelated but strangely fascinating dialogue.

Tarantino makes no allowances for the fact he did not attend film school and came into the industry with only his encyclopaedic knowledge of cinema and popular culture at large after years of working in a video store. 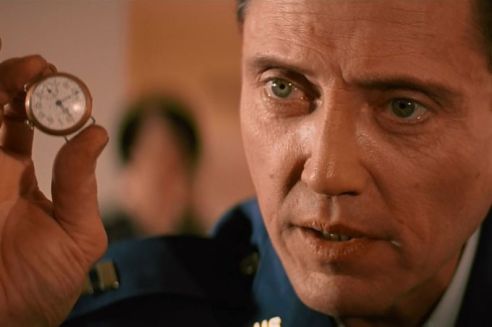 Following on the success of his debut film Reservoir Dogs, Tarantino and Avary’s screenplay was snapped up by Miramax and then released as the film we now know in 1994. It’s a rather unfortunate detail but a necessary one to acknowledge Harvey Weinstein’s role in the facilitation of not only Pulp Fiction but a slew of other brilliant films from the 1990s and early 2000s gaining the recognition they deserved. The early years of Miramax under his guidance and direction saw classics like Trainspotting, The English Patient, Good Will Hunting, and Jackie Brown benefit from his intense strive for industry accolades, despite his reputation for being an overbearing force in post-production, along with the rest of his long list of intense character flaws.

Pulp Fiction is a pivotal moment in film not just for its unique structure but also the attention it drew to the potential of investing in young and creative talent. Films like Heavenly Creatures, Clerks, and Sex, Lies and Videotape by then relatively unknown directors like Peter Jackson, Kevin Smith and Steven Soderbergh, respectively, were given mainstream access, turning their creators into the icons we know today.

Unlike the other wunderkinds in Miramax’s stable, Tarantino makes no allowances for the fact he did not attend film school and came into the industry with only his encyclopaedic knowledge of cinema and popular culture at large after years of working in a video store. And nowhere is it more evident in his films than here. The entire experience plays like one long homage to film noir, the punchy, dark crime thrillers from the early days of cinema translated into the glossiness of America in the early 1990s. The film’s title itself is a direct reference to the hardboiled detective fiction genre popularised in the 1930s in cheaply produced and widely distributed magazines that would generally centre around a battle-weary police detective desensitised to violence and the suffering of others.

It’s hard to find a scene that is not now considered a classic in this film. From Uma Thurman and Travolta’s meal together at Jack Rabbit Slim’s with that unforgettable dance number, Thurman’s accidental overdose, and Samuel L. Jackons repeated recitation of Ezekiel 25:17, to more subtle moments like a conversation about ordering five-dollar milkshakes and Christopher Walken’s monologue about a watch, Pulp Fiction seems now such an ingrained part of our visual culture now that each time you witness one of these moments, it’ll have you saying on repeat, ‘That’s where that’s from.’