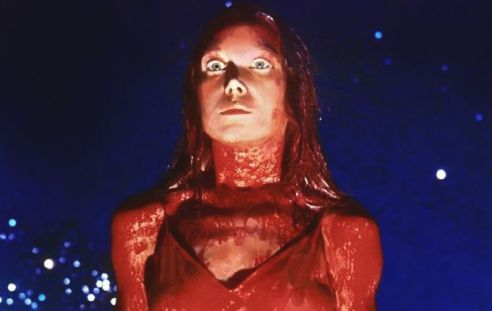 Lights, blood, action! This week in Film School & Chill, Rohan Stephens looks at one of the most iconic movies in the genre of horror. That the story of Carrie came from the pen of pulp fiction author Stephen King makes it’s high production standards and relevant themes that much more astonishing; certainly impressive for a genre otherwise cluttered with trashy elements.

Released in 1976, Carrie is the story of a painfully shy teenage girl, raised by a religious fanatic mother, who discovers she has telekinetic powers. When Carrie (played by Sissy Spacek) manages to incur the full wrath of a high school mean girl – after said antagonist gets punished for bullying her – she is subjected to a grotesque plot and humiliated at the senior prom. The result: one of the most climatic film endings in history.

‘Carrie’ is groundbreaking for its focus and examination of female characters and themes, in an era that appeared to still be recovering from strongly male-dominated issues of decades prior.

The film is based on Stephen King’s first novel of the same name, after director Brian De Palma (Scarface; Dressed to Kill) bought the rights for just $2,500 from the yet-to-truly-be-discovered author. It would mark the beginning of a long and colourful history of King’s novels being turned into brilliant productions – which today stands at over 70 individual film and TV adaptations. Often vocal about the quality (or lack thereof) of the results of attempts to bring his stories to life on-screen, in the case of Carrie, King maintains to this day that De Palma’s film is not only good but inherently “better” than his novel, and insists that it still stands the test of time. By comparison, he so despised Stanley Kubrick’s production of the The Shining that he insisted on the development of a remake that manifested in a three-part mini-series in 1997, produced under his supervision. 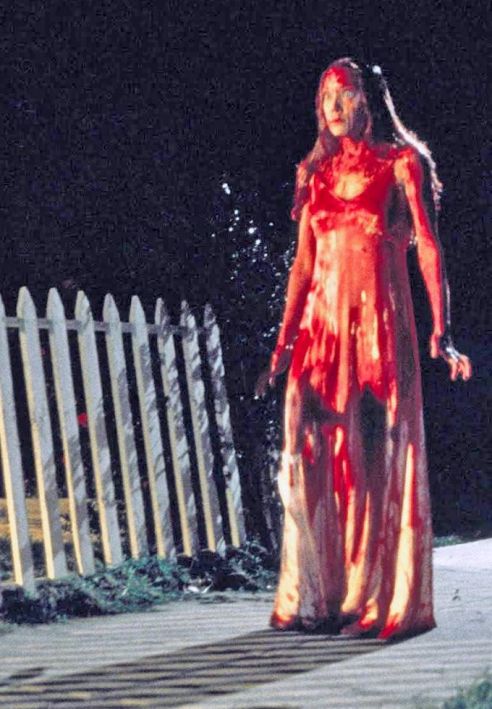 But back to Carrie. The film is groundbreaking for its focus and examination of female characters and themes, in an era that appeared to still be recovering from strongly male-dominated issues of decades prior. Carrie’s discovery of her telekinetic powers, for example, are shown to be in direct correlation with her starting to menstruate for the first time; an event that she must experience in full view of her gym class and one for which she is subsequently ridiculed mercilessly. The film is lead exclusively by strong and complex female characters with even actors like John Travolta regulated to being blundering, background idiots. 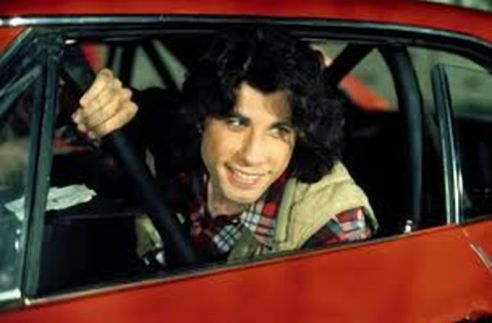 In addition to being a commercial and critical success, Carrie has the added bonus of being one of only a handful of horror films that have managed to be nominated for multiple Academy Awards. Sissy Spacek and Piper Laurie (Carrie’s mother) were nominated in the Best Actress and Best Supporting Actress categories, respectfully, and once you watch this movie, you will see pretty quickly why. Unfortunately there are a few unavoidable examples of 1970’s camp that at times detract from what is really quite a serious and disturbing story, least of which involves some pretty poor soundtrack choices, costuming and dialogue but, as a whole, its themes and concepts are as timeless as ever.

In addition to being a commercial and critical success, ‘Carrie’ has the added bonus of being one of only a handful of horror films that have managed to be nominated for multiple Academy Awards. 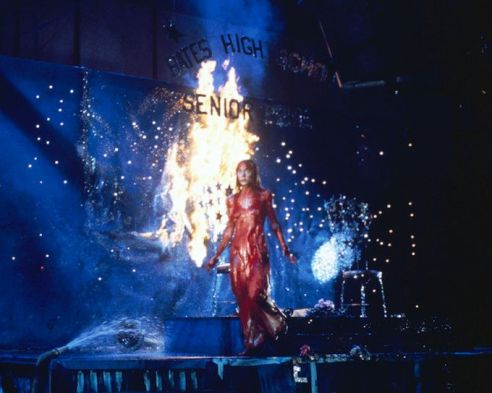 Carrie, along with The Exorcist, The Omen, Rosemary’s Baby, Alien and Jaws, are all part of of a special clique of films released in the ’70s that would subsequently lay the foundations for the horror genre for generations to come. As with many films of the era, they broke new ground in subject matter and story structure in ways that would continue to infiltrate the industry to this day. Carrie, for example, has been re-made twice and has one sequel; The Exorcist has spawned two sequels and two prequels; The Omen has four sequels, one re-make and a TV series; Jaws has four sequels; and the Alien franchise continues to be built on with the most recent installment released in 2017.

Carrie is an unmissable moment in time for fans of horror. And for those not-so-inclined, it’s worth it simply for the truly outstanding ending.