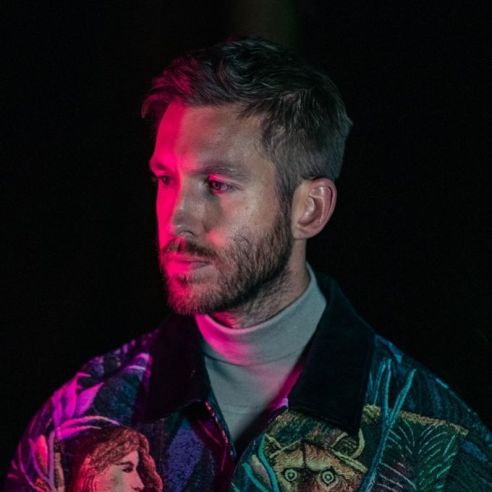 To welcome in the southern hemisphere summer, the perfect music event has got to be Festival X. Launching this November, Festival X will feature some of the world’s biggest superstars including Grammy Award-winning producer and DJ Calvin Harris.

As one of the most successful artists of all-time and the most played Scottish artist of the 21st century, Calvin Harris has collaborated with global stars including Frank Ocean, Pharrell Williams, Rihanna, Katy Perry and Ellie Goulding (while also happening to have bedded a couple of the female beauties in this hit-list).

“Just putting a record out is an achievement in itself nowadays.”

Hi Calvin. When did you begin to create music?

I’ve been making music for a long time. There was quite a good reaction to my single Acceptable in the ’80s years ago, so I suppose that’s what got me noticed.

According to your first album title, you created disco. Really?

He he. There’ve been some wrong interpretations of that album’s title. I have a pretty vintage studio set up in my bedroom, and it takes a while to achieve sounds that might otherwise take a few minutes in your more, well, modern studios. So there’s a reason why it was called ‘I Created Disco’ and not ‘I Invented Disco’.

Okay smartie pants, how is the Calvin Harris technique and style of music production different to that of other producers of the day?

Compared to dance music in general I like to concentrate on melodies, interesting production, and memorable lyrics. Most commercial dance music follows a familiar formula whereas I don’t think mine does.

There’s a lot of competition on the charts these days. Who wouldn’t you mind hearing less of, if you dare say?

I’ve recently come to realise that anything that comes out must have its market, so who am I to slate other artists or producers who are just doing their thing? Just putting a record out is an achievement in itself nowadays.

Where can we get a pair of those fab googly specs that featured on the cover of your first album?

They’re quite easy to make if you have a day or so. They’re made from cardboard and bubble wrap, with a bit of silver paint sprayed over the top. There are instructions on how to make them in a YouTube video I made if you wanna check it out!

I’ll be sure to. What is the queerest thing you’ve done on a dancefloor?

Calvin Harris plays at Festival X, on from November 29 to December 1, along with crowd favourites Armin van Buuren, Steve Aoki, Anna Lunoe and many more. For the full lineup and ticket purchases click here.