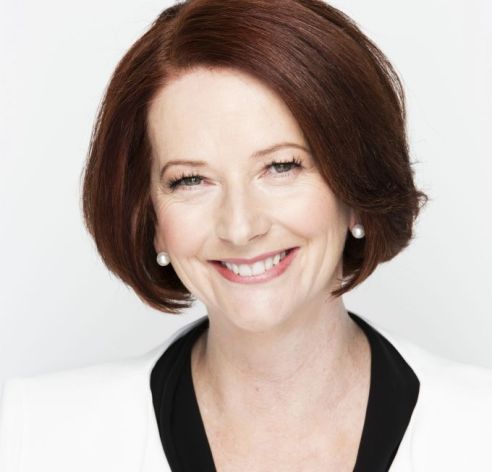 If you’ve managed to run a country whose politics are as muddled up as Australia’s – and done a fairly good job of it, especially considering the incompetent men who have tried to run it since – you can pretty much set your mind to accomplishing anything.

Which is why hosting her own podcast ought to be a cinch for Julia Gillard.

Acast has announced a global partnership with Julia Gillard’s A Podcast of One’s Own so as to hopefully see the ‘cast’s demographic evolve into a global one.

Earnings from the podcast will go back into funding for the Global Institute for Women’s Leadership, furthering the work they do to create a world in which being a woman is no barrier to being a leader.

A Podcast of One’s Own, while it might sound all uppity-like, is actually quite a down-home approach to tackling the trials and tribulations of being female in a male-dominated world. And it’s not just the political world that Gillard and her guests delve into: it’s the business world, the sporting arena, and even the occasional stint into popular culture.

As Chair of the Global Institute for Women’s Leadership at King’s College, London, Julia has promised that any future earnings from the podcast will go back into funding for the research institute, furthering the work they do to create a world in which being a woman is no barrier to being a leader.

Director of the Global Institute for Women’s Leadership, Professor Rosie Campbell said: “We’re delighted to be partnering with Acast to expand and grow our podcast both in Australia, the UK and in the rest of the world.

Says Acast’s Australia/New Zealand Content Director, Guy Scott-Wilson, “Podcasting has a rich history of building community and engagement around important social issues, and the work that Julia and her team are doing on this podcast is an important continuation of that. The values of empowering future female leaders are ones we share at Acast, and we’re delighted to [help] bolster the podcast’s message to reach both a local and global audience.”

For the moment, you can tune into A Podcast of One’s Own through Stitcher.