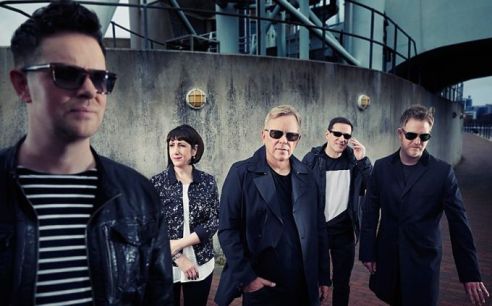 The band’s acclaimed live shows have been described as transformative – hypnotic even.

Over a career spanning four decades, New Order have cemented themselves as one of the world’s most vital bands. Combining guitar-heavy post-punk with masterful use of synths, their seminal music has seen them cross genre from indie rock to pop and experimental dance.

The band’s acclaimed live shows has have described as transformative – hypnotic even – featuring jaw-dropping visuals and second-to-none sound quality. Nostalgic but never sentimental, their set combines new material with reimagined old faves including ‘Bizarre Love Triangle’, ‘Regret’, ‘Crystal, ‘Plastic’, ‘True Faith’, and of course ‘Blue Monday’. Heck, sometimes the guys even like to drop ‘Love Will Tear Us Apart’ into their set or encore.