In case you’ve not realised it, you, me, us – we’re all animals; humans who have evolved from a long lineage of mammalian beasts. And yet, if you go and type the words ‘the animals’ into Google, the first thing that comes up is the name of a rock band from the late 1950s. Now that’s impressive internet presence.

The Animals, who originally hailed from England, went on to become one of the biggest blues and rock bands the world has seen – part of the great ‘British Invasion’ that stormed the globe, accompanied by The Beatles, Rolling Stones, The Kinks, The Who, and an army of rock’n’roll acts who would each go on to make music history.

The Animals’ hit list alone could almost fill two ’60s compilation albums, including classics such as The House of the Rising Sun, It’s My Life, We’ve Gotta Get Out of This Place, and Don’t Let Me Be Misunderstood. Oh Lordy, yes, these lads were massive.

On the eve of The Animals’ Australian tour, Cream chats with drummer John Steel and gets to learn how one of Britain’s biggest bands fell apart – mainly over drug issues – and what we can expect from the guys on stage.

Hi John. You’ve been The Animals’ drummer since the band’s inception in 1963, and the only original member still playing in the current incarnation of The Animals. How does it feel to be hitting the drums for so long?

It feels pretty good! Considering when we first started, I remember giving myself only a couple of years of this before I thought it’d all over and back to normal. And now here I am, at 76, and still banging away. [Laughs].

What would you have done if the music career didn’t take off?

Well, I first met Eric Burdon [original singer of The Animals] at the Newcastle College of Art, which was where I went after dropping out of school. I was trained in technical illustration, the sort of illustrations you do for maintenance magazines and handbooks on motor cars and aeroplanes. I did get a job with an aircraft company after school, and that might have been the career for the rest of my life. But I got bored and missed playing with a band, so I hooked up with Eric again.

When you did form, you started off playing the trumpet, of all instruments. Was it to embrace the rock and roll explosion of the late ’50s?

That was it. Eric was so enthusiastic about it, he just wanted to sing rock’n’roll, so we moved from jazz to rock. Still, we had a banjo, a drummer, me on trumpet, and Eric on trombone. Then the banjo player said ‘I’ll play electric guitar’, and the drummer said ‘I’m gonna try bass’, and I said, ‘Well alright then, I’ll play the drums’.

You managed to go from jazz to becoming one of the headline blues acts of the time.

We had the same inspiration that bands like the Stones had: American blues and rock’n’roll. We were always slightly different in that we had a jazzy and blues background, which made us stand out.

Type the words ‘the animals’ into Google, the first thing that comes up is the name of a rock band from the late 1950s.

In terms of style, you guys were slick. Some of your suits were sharper than The Beatles’ outfits!

[Laughs]. That was kind of put on us by agents and the management. Everybody had the idea that you had to be sharply dressed to get on television, so management would get someone in to fit the guys with a uniform of some kind. You couldn’t go on the Ed Sullivan Show wearing any old tatty thing. So, lots of suits at the start.

You had stylists back then?

In a way. Management would get someone in and say, ‘Can you fit the guys with a uniform of some kind?’. We were a little green and that was just how things were done in those days, so we went along with it. It wasn’t until the late ’60s, when the psychedelic era came in, that everybody kind of said, ‘To hell with all that!’. Then we learned to ignore everybody else and just got on with making the music. 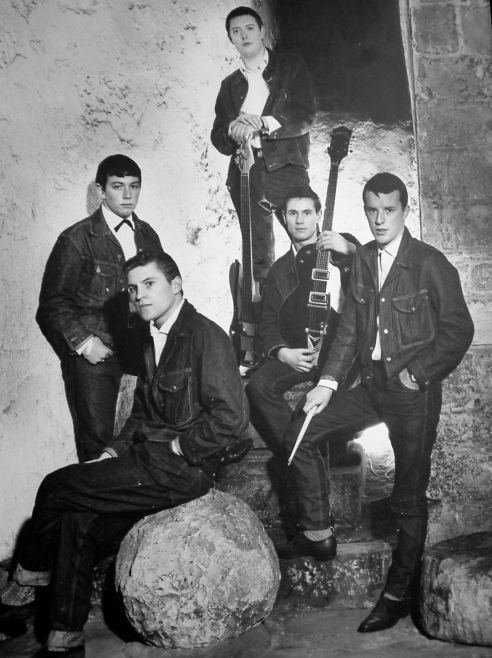 When that psychedelic period kicked off, did you did you begin partaking in shenanigans? Did you get into that spirit of sex, drugs and rock and roll?

Eric jumped in feet first. In fact, it was partly due to [his use of] LSD that The Animals fell apart as three of us [of the five] were reluctant go there. I saw people who started to take acid regularly and they had such personality changes that I thought, ‘I’m not doing that’. Eric and Hilton [Valentine, guitarist] were the big acidheads in the band. Suddenly it felt like we were two different bands: there was me, Chas Chandler [bassist], and Dave Rowberry [keyboardist] who preferred a glass of wine and a smoke, and there was Eric and Hilton who were speaking a different sort of language. I think that divide accelerated the break-up of The Animals. We didn’t have that cohesion anymore. We had all come from the same sort of background, and two years down the road we had two guys on acid and three guys who liked a drink and a smoke.

What was it about acid that turned you off? What things did Eric get up to that led to the split?

The acidheads in those days seemed to think they had found the answers to life, the universe and everything. If you’re sort of a level-headed bloke, you think, ‘This is bollocks’. You start talking a very different sort of language. They got very superior about it, [as if] they had the direct line to what life was all about! [Laughs].

Is that when Eric went off to start his new band, War?

Did you keep performing after the split, in different bands?

I’ve always kept playing. Even if that means in just pubs and clubs.

With regard to the band’s name, I believe there was a rift between you and Eric about who had the rights to The Animals moniker, and that in 2008 you won the rights, but in 2013 Eric appealed and won them back…

Yeah, it certainly soured things. I phoned up a guy who is a trademark attorney. I asked him what I needed to do to register the name ‘The Animals’. He told me that Eric Burdon had already registered the name in America, and was looking to do the same in the European Union. I thought, ‘I’ve got to do something about this’, so I made arrangements to register the name. We finally got a legal ruling that said Eric should use the name Eric Burdon and the Animals. By this time, we’d stopped trying to use the original name and just became Animals and Friends. That satisfied the ruling. But people still call us The Animals, so what can you do? Anyway, I’m touring Australia as The Animals… because I can! [Laughs].

I saw a video for your song ‘It’s My Life’ on an old TV show called ‘Hullabaloo’. It starts off with a shot of a woman whose head is poking through a plaque, looking like a taxidermied animal. In fact, there’s a couple of shots of girls’ heads on plaques. Do you think you could get away with that now?

Oh god no. You almost couldn’t back then. When we first got to America in the early ’60s, everything that interested us came from that side of the Atlantic: rock’n’roll, jazz, blues, movies, Marlon Brando and James Dean. And when we settled in, we were shocked to find it was so conservative. All the changes that were happening in the U.K. at that time were exciting, things were moving so fast, and then to find America still stuck in the ’50s…

So when it came to images like a taxidermied woman, America couldn’t get past the controversy, while in the U.K. it could be seen as artistic expression?

In the U.K., people could see the humour, see the joke. America was very old-fashioned, if you like. It wasn’t until the psychedelic era that things started to loosen up.

In that clip, Eric looks rather out of it. Did you guys get into trouble from your managers when things started to get a little heady?

We didn’t get into trouble, as long as you were fairly discreet about it. People were fairly openminded. It suddenly seemed like everybody was doing it [LSD], anyway. The whole entertainment business suddenly changed colour.

What do you think of today’s music? There seems to be a return to that psychedelic sound with bands like Tame Impala, Mumford & Sons, Pond… What do you think about this regression to a ’60s sound?

Good luck to them! I mean, there’s stuff coming out now that sounds like it’s been inspired by the early ’60s, even before the psychedelic period. But, generally speaking, I don’t keep track of what’s happening now; I don’t have the time to listen to it, and there’s so many different strands of music that I can’t be bothered keeping up with it. But someone like Amy Winehouse, I really liked what she was doing. That sounded like a throwback to the music we grew up on, that’s what we’d have called ‘our music’.

Nowadays, image and music seem so contrived. Back in the ’60s, you seemed to have free reign with the music, and yet your image was somewhat contrived. You even mentioned the word ‘uniform’ before. Why do you think you got away with all looking the same, but now boy bands like One Direction need to have five separate looks?

It’s basically the same thing: people being managed. We were young, and didn’t know anything, or pretend to know anything. We wore the uniform because we thought we had to wear it to get on to the Ed Sullivan Show, or to tour America, or to perform on Hullabaloo. Management and record companies controlled all this, and we went along with it. And it still applies today. These bands, like One Direction and the girl groups today, are all much more controlled than we ever were. It’s so much more manufactured. I guess the first bands that came out like that were The Beatles and The Monkees. Since then, people have been following that same formula: get the cute-looking guy, this guy and that guy, this girl and that girl, and put them all together.

Getting back to your tour this month, what can we expect from your live shows?

A lovely live band. I’m really enjoying this band. It’s the best one I’ve had for years. People will be getting all the hit singles – House of the Rising Sun, Don’t Let Me Be Misunderstood, It’s My Life, We’ve Gotta Get Out of This Place – which still stand up today. They are always a pleasure to play, and I never get tired of those songs. We’re really lucky to have a catalogue like that.

Songs that did hugely well when originally released, a lot of them having gone to number one.

Well, We’ve Gotta Get Out of This Place actually only reached number two on the charts in the U.K. The Byrds had the number spot then with Mr Tambourine Man. Then, just as we thought they were going to drop down and we were going to get the number one spot, The Beatles released Help, so we never got further than the number two spot.

Ah! The Animals caught between The Byrds and The Beatles! Beasts between insects and ornithology…

[Laughs lots:] I never thought of it like that, but that’s exactly right! Insects, animals and ornithology.