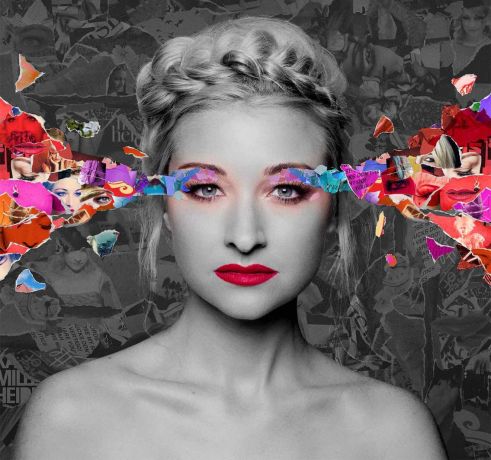 From her quirky brand of pop (Words), to drop-dead gorgeous balladry (The Last Day On Earth), to her postmodern take on opera (Zero Gravity, which won her ninth place at Eurovision 2019), Kate makes genre-hopping one challenging but fun – and fabulous – affair.

Just released is her new single This is Not Forever – a plea for a loved one to hand over their hurt.

“I could see someone very close to me was falling into a depression,” tells Kate. “I’d seen it before and I wanted to let them know I was there for them in a very serious way.

“Listening to it in these changed times,” Kate continues, “I feel it more deeply than I did before. It just seems like the right time to put it out.” 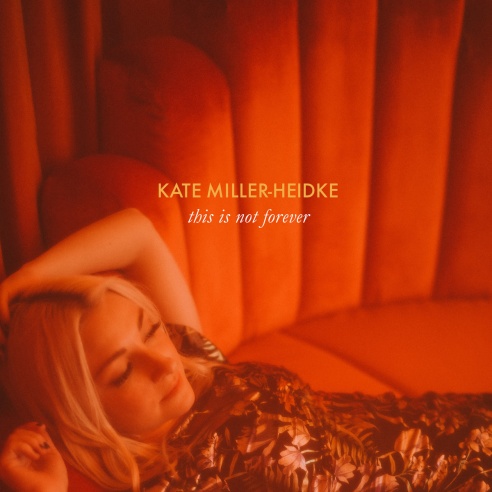 Here, Kate chats with Cream about songwriting from scratch, fuddy-duddy school teachers, and getting by with a little help from her indie muso friends.

Hello Kate. When it comes to making a new record, do you start from scratch or do you sometimes start with lyrics and melodies that have been hanging around for ages?

I mostly start afresh but there’s always that process of listening back through old demos. You know, I write a lot and throw out a lot, and there’s often something I’ve overlooked. Most songs are fresh and written really quickly.

You studied at the Queensland Conservatorium of Music. Did you find any of that study a waste of time?

[Laughs]. No, it definitely wasn’t a waste of time. I met a lot of great people doing it and I had a fantastic singing teacher and, you know, even though I had to ‘unlearn’ a lot of technical things vocally, it was still great to learn to look after my voice and how to warm up properly. And warm down. I still do those exercises every day and it’s sort of kept me vocally healthy in a lot of ways and allowed me to have a rigorous touring routine. I think elements of classical music from my studies have made their way into my songwriting as well.

You can certainly hear that influence in your opera-like songs. How would you say your music has changed since the early days?

I think my style has changed only recently. Now it’s very much about the marriage of lyrics and melody rather than any one component taking precedence. On my album O Vertigo! there were quite a few character-based songs, like the duet with Megan Washington. But, ultimately, I still sing about feelings.

There’s quite a few collaborations on that album [Megan, Passenger, Drapht]. Do you and other artists just meet each other at gigs and go, ‘Hey, let’s do something together’, or is it carefully planned via record companies?

Well, I didn’t have a record label at the time of making the album so it was all pretty much something I organised myself. Megan Washington is an old friend of mine so I just got her drunk and made her say yes! Passenger is someone I’ve worked with before, and I loved his voice. Drapht is another one. I’m a fan of his work and we connected over Twitter so everything did happen quite naturally. I liked the idea of having those three artists on the record because they’re all very different, but there’s something in their styles that kind of resonates with what I do.

“I think my music teacher didn’t like me too much. She thought I was a little shit. But she was just a little old lady so I’ve forgiven and forgotten about that now.”

Listening to your song with Drapht, ‘Drama’, it appears to be coming from a male perspective.

Yeah, originally it was written from a man’s perspective and I kind of liked singing that. It’s got this kind of gender-bending aspect to it, with me saying “All the guys want to be me”. So, I thought it was kind of funny.

You’ve also recorded a couple of duets with Passenger. Did fans start to assume there was a blossoming relationship between the two of you?

Oh, your hubby won’t mind, would he? After all, you’re a rock chick at heart!

Yeah, we’ll have discussions about that and see how we go! [Laughs].

What’s one of the stranger places you’ve heard a song of yours being played?

I think the strangest experience I had was in suburban Sydney and seeing one of my songs on a karaoke machine. I tried to sing with the machine and it was really hard. I was terrible!

You once recorded a song that was used to promote Brisbane Tourism. Has anyone ever criticised you for selling out?

Well I don’t say yes to everything. If anything’s not in line with my area of values, I’d say no, and I have said no before. But we live in a different world now than that of years ago where musicians had the freedom to say no to any form of advertising. It’s very different now; it’s about getting your music out there.

I bet you wrote some kooky stuff in English class and that a few teachers didn’t agree with your style. Have you ever given the proverbial ‘two-fingers-up’ to old school teachers now that you’re a pop singer?

To be honest, I don’t think I had my own writing style at school. But I always loved English at school. If anything, I think my music teacher didn’t like me too much. She thought I was a little shit. But she was just a little old lady so I’ve forgiven and forgotten about that now.

‘This is Not Forever’ is out now through Universal Music.

2 Responses to “The genre-bleeding brilliance of Kate Miller-Heidke: new single out this week”