Dog owners would know the shame of mispronouncing a dog’s breed. The speaker not only sounds uneducated but, at times, pretentious. Especially when you’re at the dog park and surrounded by dozens of avid dog owners.

If you’re not pronouncing your dog’s breed correctly, simply put, you don’t deserve to own that dog!

Luckily, the team at online tutoring company Preply have shed some light on this malapropic situation, providing us with a roundup of dog breeds that typically tend to get mispronounced, and giving us their correct pronunciations.

So, the next time you’re at the dog park, you’ll have no excuse for getting that dog breed’s name wrong… 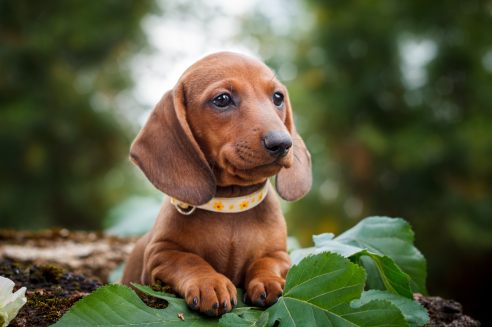 Yes, you’ve been pronouncing the breed of your favourite sausage dogs incorrectly all your life. Lots of people tend to go off the spelling with this one, saying ‘dash-und’ or ‘dash-hound’. However, we need to embrace the German roots of these dogs and refer to them as ‘daks-hunds’. That’s ‘daks’ as in ‘underdaks’ so you better get used to it.

It turns out that you don’t need to swear when saying the name of these adorable little lions. Contrary to popular belief, the right way of pronouncing this breed is actually ‘she-dzoo’. So get your tongue to make that ‘d’ sound in the second half and you won’t feel like you’re cursing. 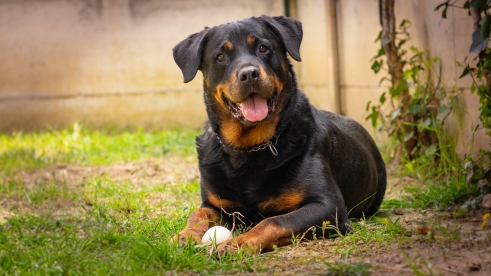 You may be shocked to find out these doggos have a spot on the list, but nonetheless justice needs to be served for the Rottweilers of the world. A lot of people pronounce this breed like it has the letter ‘k’ in the name (rock-wahy-lers). However, there is no ‘k’ and the correct pronunciation is ‘rot-wahy-ler’. Also the ‘weiler’ part is less ‘wheeler’ and more ‘wahy-ler’. Enough said.

French names can be quite difficult to pronounce, with our favourite furry Bichon Frises being a good example of this. These dogs certainly like to have their tongues out, and simultaneously we like their name to roll off our tongues – so long as it is said correctly. Try saying ‘bee-shon free-zay’ and you’ll not only sound posh, but stand correct.

Now, this breed is certainly a tongue-twister. Dubbed as ‘Gray Ghosts’, Weimaraners are known for their loyalty and obedience, so the least we can do for them is say their name right! The German accent really has to come out with this one, with the right pronunciation being ‘Vahy-muh-rah-ner’. And, no, it’s not the same name as the actor from That 70s Show…

Meaning ‘butterfly’ in French, and probably getting its name for its flappy wing-like ears, Papillons are certainly an underrated dog breed – just look at their beady eyes and fluffy, feathery ears! As suggested by the spelling, this breed typically gets mispronounced as ‘pap-ill-on’ but the correct way to say it is ‘pa-pee-on’. Don’t be rude…

So, there you have it: the seven most mispronounced dog breeds all corrected for you. But don’t ask us about cats… they’re a full-on fancy lot altogether.

All images through Shutterstock.