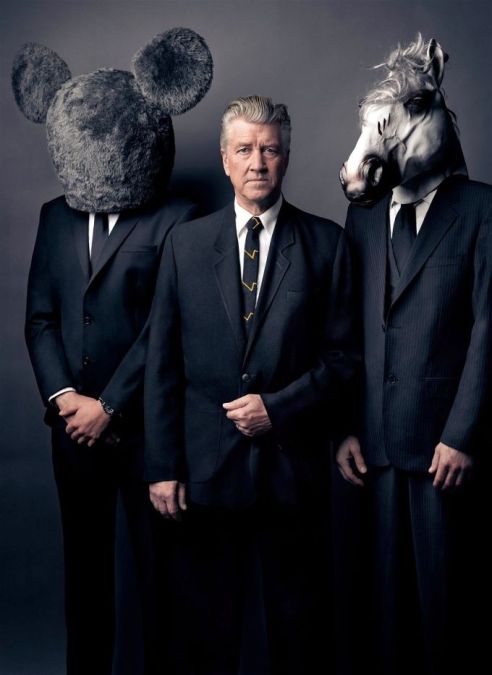 David Lynch – he who has fucked with our minds royally with such twisted epics as Twin Peaks, Eraserhead and Mulholland Drive – has just praised Donald Trump as “one of the greatest presidents in history”.

In an interview with The Guardian, Lynch waxed lyrical about his new book Room to Dream, while also dissing certain theories about Twin Peaks, and praising President Trump’s disruptive nature.

Lynch said Trump “will go down as one of the greatest presidents in history because he has disrupted the thing so much. No one is able to counter this guy in an intelligent way.”

The director added that while Trump may not be doing a good job in leading the US, he is opening up a space where other outsiders might.

“Our so-called leaders can’t take the country forward, can’t get anything done. Like children, they are. Trump has shown all this.”

Whether David Lynch’s indie fan following might be swayed to agree with this sudden strange fascination with the conservative aisle of politics, we’ll have to wait and see. But it’s a fair bet the comment threads are going to get as convoluted as Part 8 of Twin Peaks 2.0.  Antonino Tati

Since having made the above comments to The Guardian, David Lynch has gone on to state on social media that the quote was “taken a bit out of context and would need some explaining.” Indeed, he went so far as to write the following on Facebook on Tuesday night:

This is David Lynch writing. I saw that you re-tweeted the Breitbart article with the heading – Director David Lynch: Trump ‘Could Go Down as One of the Greatest Presidents in History.’ I wish you and I could sit down and have a talk. This quote which has traveled around was taken a bit out of context and would need some explaining.

Unfortunately, if you continue as you have been, you will not have a chance to go down in history as a great president. This would be very sad it seems for you – and for the country. You are causing suffering and division.

It’s not too late to turn the ship around. Point our ship toward a bright future for all. You can unite the country. Your soul will sing. Under great loving leadership, no one loses – everybody wins. It’s something I hope you think about and take to heart. All you need to do is treat all the people as you would like to be treated.