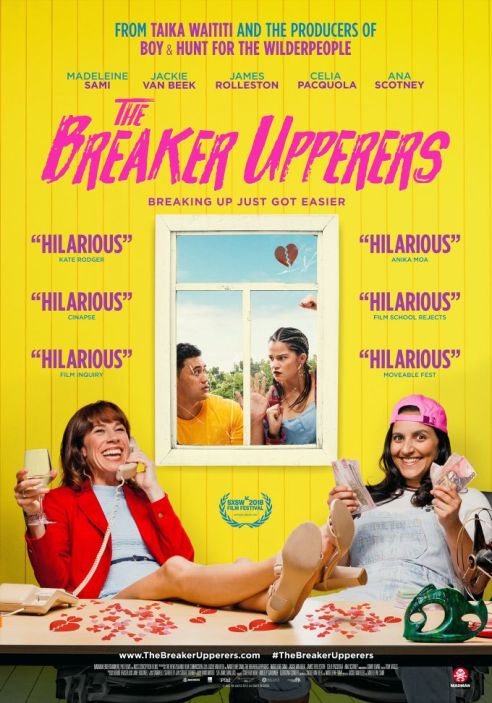 Fifteen years ago, Jen (Jackie van Beek) and Mel (Madeleine Sami) discovered they were being two-timed by the same man. Bitter and cynical, they became fast friends and formed ‘The Breaker Upperers’, a small-time business that breaks up couples for cash.

Now they’re in their late-thirties and business is booming. They’re a platonic, codependent couple who keep their cynicism alive by not getting emotionally involved with anybody else. But when they run into an old victim, Mel develops a conscience and their friendship is truly put to the test.

The Breaker Upperers is an hilarious, fun and raunchy Kiwi comedy from the producers of Hunt for the Wilderpeople and Boy, about a pair of besties who bust up couples for cash. Directed by, written by and starring New Zealand comedians Jackie van Beek and Madeleine Sami, this is one tight and very funny film.

Thanks to Madman Entertainment, Cream has 5 in-season double passes to ‘The Breaker Upperers’ which is in cinemas July 26. To try winning a double pass, write in the Comments section the title of the last New Zealand-made movie that you saw. Competition closes 5pm AWST, Friday 20th July.