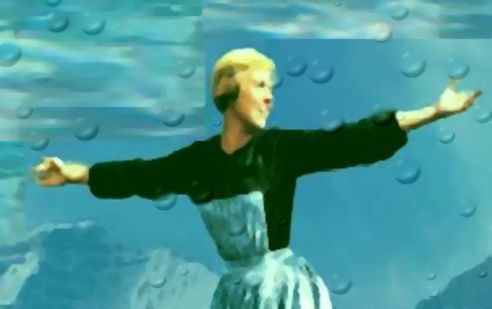 Cinematic legend Julie Andrews will be voicing a key role in the new Aquaman movie, set for release this Christmas.

The Sound of Music star will provide voiceover for the character of Karathen, a mythical sea creature who helps Aquaman broker peace between Atlantis and the dry land.

Aquaman stars Jason Momoa as the water crusader himself, Nicole Kidman as his mother, the Queen Atlanna, Patrick Wilson as his half-brother, Orm, and Amber Heard as his right-hand mer-girl of sorts, Mera.

In an ironic twist – or perhaps just great PR – Aquaman opens in cinemas December 21, just two days before the release of Mary Poppins Returns, in which Julie Andrews’ once played the titular (the role in the sequel will be played by plum-in-the-mouth British actress Emily Blunt).

Julie Andrews won the Best Actress Oscar for her original performance of Mary Poppins in 1964.