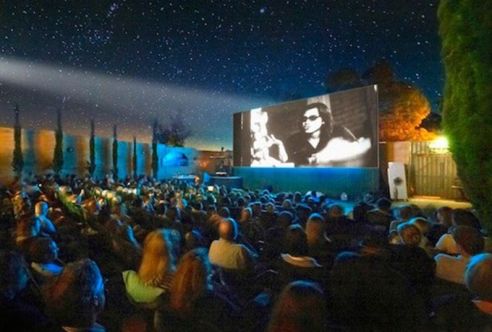 Independent cinema has seen audience numbers expand to such a degree that – while some of our more commercial and ‘traditional’ theatres have been forced to close – the independent likes of Luna and Palace Cinemas continue to grow in size.

Luna, for example, has added several boutique theatres onto its premises in Leederville, while a grand Cinema Paradiso complex opened in the Perth CBD in the Spring of last year.

To coincide with this growth, Luna and sister cinema Camelot are also evolving in the film festival department, with their outdoor cinema programs for 2019 being bigger, bolder and brighter than seasons before.

This year’s program is packed with such an eclectic array of celluloid treats, it’s looking like the perfect one-stop movie shop.

While there’s a bunch of summer blockbusters included (the ubiquitous A Star Is Born, hugely anticipated Aquaman and Mary Poppins Returns, and music biopic of 2018, Bohemian Rhapsody), indie remains the key ingredient.

Our pick of the bunch is Can You Ever Forgive Me? starring Melissa McCarthy in a quasi-comic, quasi-tragic turn as celebrity biographer Lee Israel. No longer given the big jobs by her agent – since Lee has fallen out of step with modern tastes – she is forced to turn her artform into one of deception, faking love letters and anecdotes by literary greats and forging their signatures for the sake of making quick bucks. Based on real-life incidents, Can You Ever Forgive Me? is equal parts hilarious, touching and fabulous.

‘Can You Ever Forgive Me?’

Also in our must-see mix are a couple of festival favourites, including Loro lifted from the recent Lavazza Italian Film Festival, about the shenanigans of former Italian leader Silvio Berlusconi (see Cream‘s review), as well as a favourite from the British Film Festival, Colette starring Keira Knightley as the titular radical writer who fights to overcome societal constraints of the early 20th century.

There’s a great lot of classics in the program, too, such as Stanley Kubrick’s 2001: A Space Odyssey on January 20th, and a Grease singalong this Tuesday, January 8th (both at Camelot).

On some nights at Camelot (namely Wednesdays), patrons will even be treated to live music courtesy of the Perth Jazz Society, Perth Blues Club, and various artists taking part in this year’s Fairbridge Festival.

And that’s a lot of awesome sound and vision to see throughout your summer.