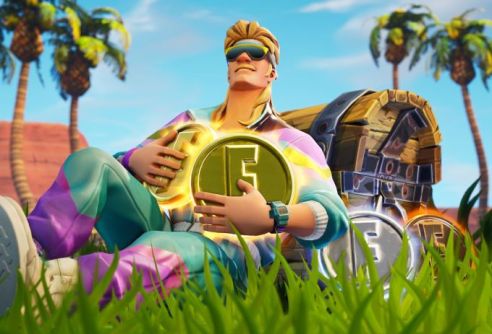 Prince Harry may be at one with the young folk for his contributions to causes such as LGBTI+ rights and the assistance to youth in Africa, but he’s likely to be getting plenty of gamers off-side with his current argument about online phenomenon Fortnite.

The Duke of Sussex is calling for a ban of the popular “Battle Royale” game, saying: “It’s created to addict; an addiction to keep you in front of a computer for as long as possible. It’s so irresponsible.”

It is possible Prince Harry hadn’t even heard of ‘Fortnite’ before last week and only happened upon it when he went to Google ‘royal’ and got ‘royale’ instead.

Fortnite is a massive multiplayer online video game with at least 40 million players online per month. It includes two different game modes: Save the World and Battle Royale. The Battle Royale mode sees multiple players in combat until the last person standing wins.

Harry visited a YMCA in West London last week to speak to mental health experts about addictive gaming and social media in general, and argued that the latter is more addictive than alcohol or drugs.

He specifically highlighted the addition to Fortnite, saying, “The game shouldn’t be allowed.”

It is possible Prince Harry hadn’t even heard of Fortnite before last week and only happened upon it when he went to Google ‘royal’ and got ‘royale’ instead.

On the subject of social media, Harry said, “Without human connection, when you have a problem you have nowhere to go. The only place you might go is online and you will probably end up getting bullied.”

Methinks the Royal Family probably enjoyed life better when its citizens were easier to control and when media went one way only.