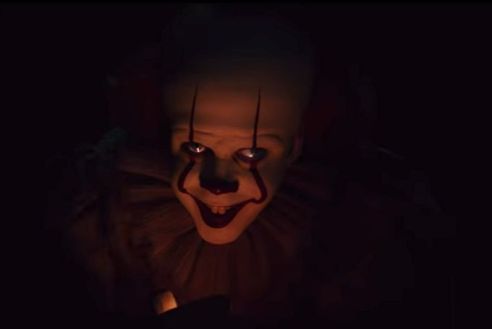 Fans of horror, rejoice, for the the a new trailer has just dropped for It: Chapter Two.

The film sees the members of ‘The Loser’s Club’ all grown up, three decades after they thought they’d put Pennywise out of his (and their) misery for good.

It shows a scene in which an older Beverly Marsh (played by Jessica Chastain) returning to her childhood home only to find a little old lady has taken up residence there.

While making a cuppa, the old lady starts waffling on to Beverly about her heritage and how her father used to be in circus – hinting right away that something suss and clown-related is about to happen. 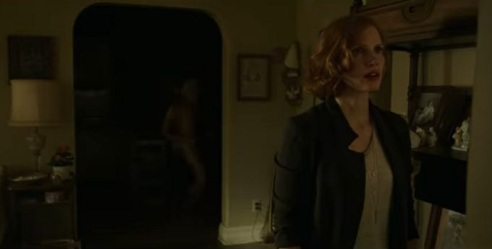 Suddenly, and we must say very creepily, the old woman is spotted in the background running across the room naked while Beverly is preoccupied by some old photos on the wall.

And then the big shot: yep, your fave insane shape-shifting monster returns in full freaking force.

At the end of the clip, we see Pennywise coming out of the darkness, all chiaroscuro style, uttering one of the creepiest ‘hellos’ you’ve heard.

It: Chapter Two stars Bill Skarsgard, reprising his role as Pennywise, along with James McAvoy as Bill Denbrough, and Bill Hader as Richie Tozier, along with a couple of other surprises we’re sure.

View the trailer for ‘It: Chapter Two’ here: