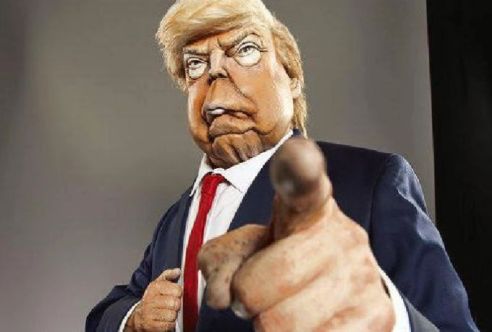 The Americans have never had a decent grasp on irony or satire. Even when Alanis Morissette sang about everyday life being ‘ironic’, her lyrics had nothing to do with irony. (Granted, Morissette is Canadian, but this still makes her North American).

As for the English – well – those guys possess irony in spades and are able to turn the lens of satire onto themselves – and occasionally on other parts of the world – for a good ol’-fashioned laugh. 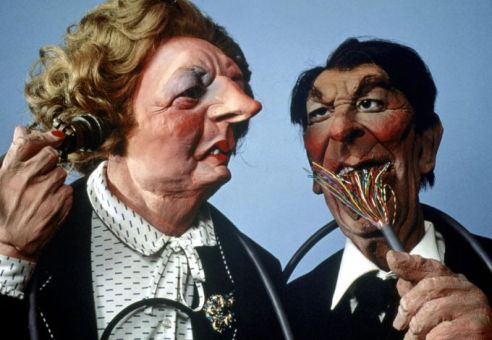 The show stopped airing in 1996 due to dwindling ratings but the insane-looking bobble-heads remained in the annals of British pop culture, ready to be plucked up again and given a (literal) facelift.

“Donald Trump is a satire in himself [but] with puppets you can go much, much further.”

The creators of Spitting Image have revealed that the satirical puppet series is set to make a television comeback after 23 years.

Donald Trump, Vladimir Putin, Hillary Clinton, Prince Harry and Meghan Markle, even Facebook founder Mark Zuckerberg, are among those expected to have the piss taken out of them in the rebooted version. 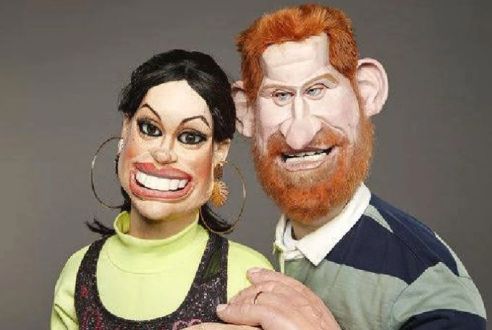 Roger Law – a creator of the original series who’ll return to work on the new version – said he wanted to revive Spitting Image as “a public service satire” in response to the current political landscape.

Law told The Guardian, “It’s pretty chaotic out there. As far as I’m concerned, it’s better than shouting at the television set, isn’t it?”

The new series will be just as outrageous as the original, with leaks of a Meghan Markle puppet wearing a glittery ‘Princess’ T-shirt, a Vladimir Putin doll dressed in B&D gear, and a bumbling Donald Trump that spits tweets out from his ass.

Law continued: “[While] Donald Trump is a satire in himself, with puppets you can go much, much further. Actors won’t do that for you. And by Christ, we’re going to give it a go.”

The new Spitting Image should be hitting our screens by the start of 2020.