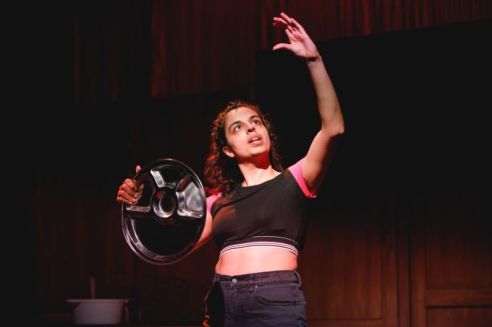 Religion can be a cool thing. Just look at what Madonna did for the Catholics, and what Kanye is doing for Christianity. But Eastern religion has taken its time in getting under the pop cultural spotlight… in Australia, at least.

Enter Perth poet and performance artist Sukhjit Kaur Khalsa and her sometimes wicked but wonderful take on the Sikh religion.

For the most part, ‘Fully Sikh’ is a celebration of family and Sikh culture, intertwining the complexities of traditional beliefs and behaviours with those of the hectic contemporary age.

In her new show Fully Sikh, Sukhjit tells her unique story of being raised in suburban Perth as a “brown, hairy Sikh girl” coping with the usual growing pains, but with the added element of strictly religious parents. While trying to fit in at school, Sukhjit also has to balance traditional expectations, such as keeping her hair long, wearing certain garments, and sticking to explicit ingredients whilst cooking.

For the most part, Fully Sikh is a celebration of family and Sikh culture, intertwining the complexities of traditional beliefs and behaviours with those of the hectic contemporary age – all told through Sukhjit’s confident lyrical style, and with a definite consistency.

Sukhjit (pronounced Su-Jit) does a remarkable job of turning touchy topics into a sort of ‘rap poetry’, using household objects as props and with Aussie-meets-Eastern products as decorative backdrop to connote her blended upbringing (see if you can spot the jar Vegemite amid the packets of roti and rice).

The spoken word is delivered with the accompaniment of music and sound effects courtesy of Pavan Kumar Hari. Whether it’s reminiscing about girl power to the soundtrack of a Spice Girls song, or delivering Sikh hymns while Hari plays gorgeous instrumentation, the music is always refreshing and on-point. 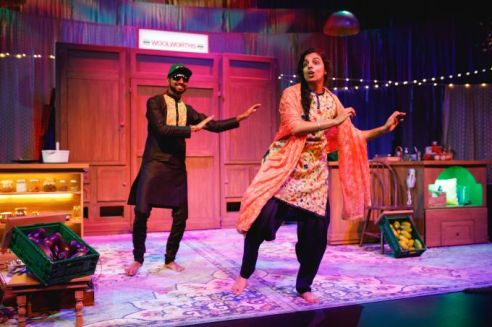 Hari makes his sounds adopting two main sources: traditional Eastern instruments such as the sitar and tabla (which bring to mind Beatles classics such as Within You, Without You) and handy kitchen instruments that suddenly turn into brilliant ammunition for percussion.

The awesome poetry and excellent musicianship are presented on a clever set, designed by Isla Shaw, where cupboards open and close to represent different settings: a well-kempt garden, a movie theatre, and so on. 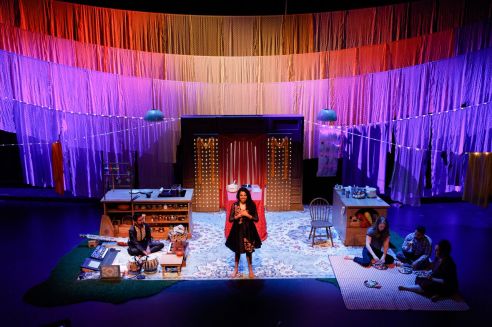 Also, there is some extra-special lighting designed by Lucy Birkinshaw, where the theatre is occasionally lit up to look more like a disco than a suburban storytelling setting.

Fully Sikh is a creative collaboration between Barking Gecko and Black Swan, and if this beaut production is anything to go by, these two companies ought to be dishing out a lot more great theatre in the near future.

‘Fully Sikh’ has been extended until Sunday 3 November at the Studio Underground, State Theatre Centre, Northbridge. For tickets visit www.bsstc.com.au/plays/fully-sikh.