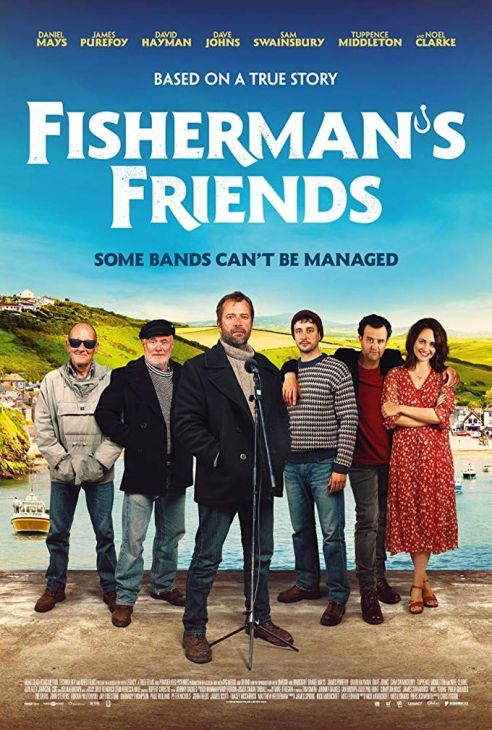 Set in a remote Cornish village on a stag weekend, a London music executive Danny (Daniel Mays) struggles to secure a record deal and to gain respect from the tightknit community. It is a subtle and tender story with understated performances, tracking the adventurous spirit of the Cornish fishermen who sing pretty darn well for their local charity, impressing the music exec.

The everyday ease and culture of Cornish country life in Port Isaac is challenged through the temptation of fame and fortune as leader of the group Jim (James Purefoy), who gives an endearing and honest performance. The cast are all believable through subtle and warm performances, avoiding melodramatic acting that many Hollywood actors tend to turn out.

A grounded message of preserving cultural traditions and heritage is key…

The Cornish countryside is delightful but the film would benefit from more scenes that capture the fishermen culture and their struggle, which is glossed over somewhat through happy days on the water, catching their dinner.

A grounded message of preserving cultural traditions and heritage is key as portrayed through a sub plot of the local iconic pub threatened to be sold so the owners can manage the impoverished impact of a dire economy. The idea that greedy wealthy opportunists take over small family businesses at the peril of the entire community floats this film to a depth beyond a simple plot of signing a shanty group of singers. Overall this is a feel-good story of unlikely rags to riches, with comedic moments and a plot that is somewhat slim, but with the characters a likable bunch, sure to be a crowd-pleaser.

Presented by Palace, the Mini British Film Festival has a program of 30 titles including some of the most awaited new releases, a retrospective on Dame Helen Mirren and some restored gems, which will screen at Palace Cinema Paradiso, Luna on SX and the Windsor from 30 October – 24 November.

The Festival opens with MILLITARY WIVES from director Peter Cattaneo (The Full Monty, 1997). Kristin Scott Thomas leads this inspiriting drama about the bravery of the women of war, and the power of the music that saved them. And closing the Festival will be the highly anticipated film THE GOOD LIAR. Based on the widely acclaimed novel by Nicholas Searle, Oscar-winning screenwriter Bill Condon (Gods and Monsters, 1998) directs this wicked thriller featuring magnificent performances by Dame Helen Mirren and Sir Ian McKellan.