The Golden Globes are done and dusted for another year, with a bunch of surprise films taking out the big awards of the night.

The award for Best Motion Picture – Drama went to surprise hit 1917, the epic flick set in World War I and directed by Sam Mendes who also nabbed the Best Director award for said movie.

Many folks were surprised that neither The Irishman nor Joker took the award out for Best Motion Picture, although Joaquin Phoenix did win Best Performance by an Actor in a Motion Picture for his greatly applauded role in Joker. Phoenix won the popular vote against Christian Bale (Ford v Ferrari), Antonio Banderas (Pain and Glory), Adam Driver (Marriage Story), and Jonathan Pryce (The Two Popes).

Also a surprise was Renée Zellweger’s win of Best Performance by an Actress in a Motion Picture for Judy in which she portrayed Hollywood legend Judy Garland at the tail-end of her film career. 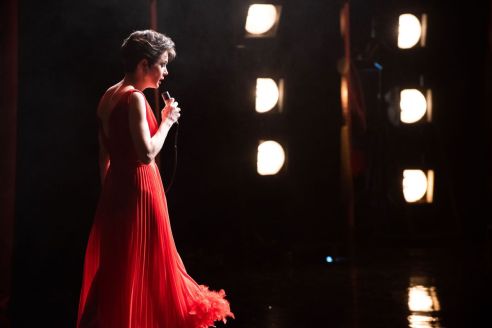 Taron Egerton won the category of Best Performance by an Actor in a Musical or Comedy (alas playing Elton John in Rocketman).

Awkwafina won Best Performance by an Actress in a Musical or Comedy (for The Farewell), while Best Supporting Role awards went to Laura Dern for her part in Marriage Story, and Brad Pitt for his role in Once Upon a Time In Hollywood.

Big surprises for the night were Jennifer Lopez’s nomination for Best Supporting Role (for Hustlers), horror flick Parasite being a nominee for Best Director (although kudos must go to Bong Joon-ho for this epic flick), and the fact that Cats actually made it into a nomination list for Best Original Song (for Beautiful Ghosts by Andrew Lloyd Webber and Taylor Swift). It’s a surprise Cats even made it in there since producers cut the film from its ‘For Your Consideration’ page.

For the full list of Golden Globe nominees and winners, see below.

Best actress in a film – drama

Best actor in a film – drama

Best actress in a film – musical or comedy

Best actor in a film – musical or comedy

Best supporting actor in a film

Tom Hanks, A Beautiful Day in the Neighborhood
Anthony Hopkins, The Two Popes
Al Pacino, The Irishman
Joe Pesci, The Irishman
Brad Pitt, Once Upon a Time in Hollywood – WINNER

Best actress in a limited series or TV film

Best supporting actress in a film

Best actress in a TV series – musical or comedy

Best actor in a TV series – musical or comedy

Best actor in a limited series or TV film