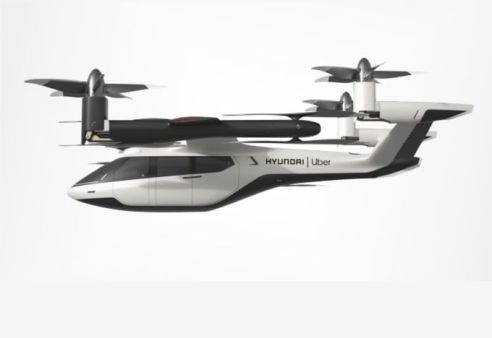 Uber and Hyundai have paired up to create the first Uber Air vehicle which will debut in Australia later this year as part of a test flight program. If all goes to plan, Uber Air flight vehicles will be rolled out for commercial use by 2023.

While it all may sound a bit “pie in the sky” to folks, the fact is that a full scale concept vehicle – its model name S-A1 – has already been manufactured and is on display at the Consumer Electronics Show in Las Vegas this week.

The air-taxi has a certain 1940s retro-futurist vibe about it, looking like a cross between a WWII bomber plane and something out of Netflix’s sci-fi reboot of Lost In Space.

The S-A1 is fully electric and reportedly takes five-to-seven minutes to recharge. There are even plans for these beasts to eventually be driven autonomously. 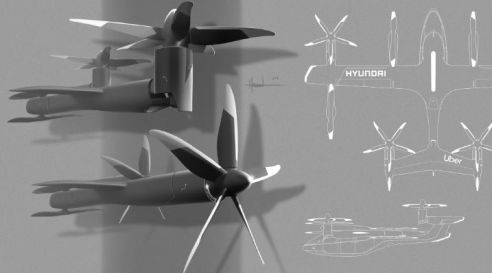 Test flights for Uber Air are earmarked for later this year, with commercial rides said to begin in 2023.

Judging from images so far available, the air-taxi has a certain 1940s retro-futurist vibe about it, looking like a cross between a WWII bomber plane and something out of Netflix’s sci-fi reboot of Lost In Space.

It appears the vehicle has been designed for vertical take-off and landing, giving it a certain rocket vibe and apparently negating the need for a runway. 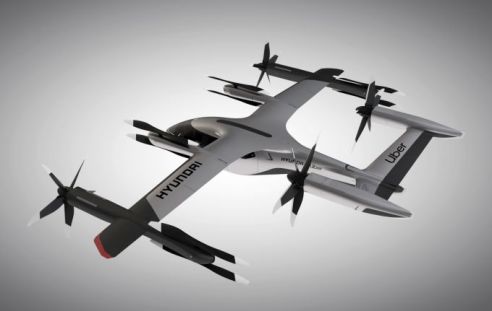 As previously announced, Melbourne will be the first Australian city to experience Uber Air. It has not been confirmed exactly where takeoff and landing pads will be located but Uber is already in talks with the likes of Melbourne Airport, Macquarie, Telstra and Westfield to discuss the planning and building of a workable urban aviation network. Basically, the runways at airports and rooftops of skyrise buildings will double up for use by Uber Air.

Talk about those magnificent men and their flying machines.