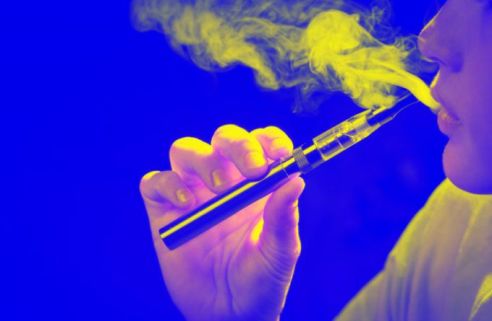 Just when was the e-cigarette developed? In 1927, a man named Joseph Robinson filed a patent for a device that had similar capabilities to a modern electronic cigarette. It was approved in 1930, and despite it not being clear whether a prototype was ever produced or if it was ever commercialized, it is the first documented reference to the electronic cigarette. About three decades later in 1963, an American gentleman named Herbert. A. Gilbert designed a device that can be considered closely similar to the modern e-cigarette and patented his design in 1965. He wanted to create an alternative to traditional cigarettes that did not involve the process of combustion and hence developed a cigarette that used a battery-powered source of heat. Unfortunately, it did not gain significant recognition and the idea did not take off.

In the 1970s, a man named Phil Ray came up with a way to inhale nicotine without combustion. Phil was then the inventor of the microprocessor and managed the Apollo program. His invention looked like a cigarette and constituted a nicotine-soaked filter paper. When one drew air through the device, the nicotine in the filter paper was carried out and inhaled into the lungs in its pure form. The invention was developed and commercially produced for a while under the name Favor before it was considered defective. This was because of the high volatility rates of nicotine when in a liquid state that made its shelf life very short.

It was considered superior because the nicotine is encapsulated within the device and hence did not vaporize until heated.

Later on, specifically in 2003, a better e-cigarette was invented by a Chinese man named Hon Lik. It was considered superior because the nicotine is encapsulated within the device and hence did not vaporize until heated. Hon Lik developed this smart idea, a Chinese pharmacist who like his father was addicted to smoking cigarettes. It was after his father died of lung cancer that he was motivated to create the first-generation e-cigarette. Its mechanism was quite simple. The e-cig heated liquid solution containing nicotine, turning it into a vapour that could be inhaled.

The e-cigarette appeared in the Chinese market the following year and experienced great success in sales. In subsequent years, the device continued to gain popularity in various countries and was finally introduced in the American market in 2007. Over the years, the vaping industry has continued to grow and is now a billion-dollar global industry with sales expected to continue. Different companies are continuing to come up with various e-cigarette products and designs.

Numerous e-cigarette brands have been developed and they are continuing to increase. You can also find specialists like ePuffer experts who help consumers get a better understanding of the products. Currently, there are three major types of e-cigs, namely eGos, cigalikes, and mods. Cigalikes bear a high resemblance to conventional cigarettes. EGos are larger types that have a refillable e-liquid tank while mods are more extensive than eGos and can be customized in many ways.

Vaping has continued to gain popularity over the years and is expected to continue doing so. This is predicted to favour sales of e-cigarette products on a global scale and the development of more vaping devices.