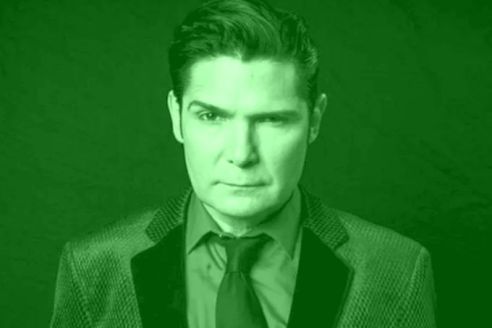 Having been promoted for the better part of three years, Corey Feldman’s tell-all film (My) Truth finally opened in cinemas in the US this week.

The documentary – subtitled The Rape of 2 Coreys – chronicles the actor’s plight in bringing awareness to the existence of child sex abuse in the entertainment industry. Feldman also expressed at the premiere on Monday night that this was a chance to honour a promise made to his former co-star and late best friend, Corey Haim; to “tell his story”, claiming that the two were systematically abused in the 1980s when they were both child actors.

Haim died in  2010, reportedly of pneumonia, although his death was shrouded in shady stories involving drug overdosing.

In the film, as in interviews past, Feldman claims that paedophile rings run rampant in Hollywood, and that he and Haim were victims of systematic sexual abuse by well-known men in the movie industry.

One of the biggest names Feldman claims to have abused him mentally, and his friend Corey Haim physically, is actor Charlie Sheen.

The film delivers a detailed account that references Sheen using Crisco as lube, and that he had sodomised Haim between two trailers on the set of the film Lucas. (The film itself was a coming-of-age tale that cast Sheen’s ‘Cappie’ as a protector of sorts for Haim’s titular character; it co-starred Winona Ryder and Courtney Thorne-Smith and was released in 1986. Haim was 13 at the time of the alleged incident; Sheen was 19.

Feldman specifically alleges, “He [Corey Haim] told me, ‘Charlie bent me over in between two trailers and put Crisco oil on my butt and raped me in broad daylight. Anybody could have walked by, anybody could have seen it.'”

The allegations against Sheen are supported in the documentary by Feldman’s ex-wife, Susie Sprague and actor Jamison Newlander, who was close to Feldman and Haim after co-starring with them in The Lost Boys. Both say Haim relayed the alleged rape incident to them, and that the story was “common knowledge” in Hollywood circles but generally ignored.

Corey Haim and Charlie Sheen on the set of ‘Lucas’, with actor Kerri Green; Corey Feldman alleges Haim told him that Sheen had raped him on set.

Corey Feldman first spoke about the subject of sexual abuse in Hollywood on Barbara Walters’ chat show The View in 2014. In his new documentary, he delivers a no-holds-barred approach in telling his harrowing story.

The other alleged molesters that Feldman names in the film include his former manager, Marty Weiss (who he calls out for inappropriate behaviour); proprietor of  the Soda Pop Club, Alphy Hoffman (the venue was a disco for underage actors), and former assistant John Grissom (of sexual molestation). Grissom also worked as an actor for a short time, appearing alongside Feldman and Haim in the 1988 film, License to Drive and 1989’s Dream a Little Dream.

Both Grissom and Weiss have spent time in jail, charged with child sex offenses.

Jon Grissom once worked as an assistant to Corey Feldman, who alleges Grissom groomed and molested him. Photo: Facebook.

Also named was Dominick Brascia, a bit-actor, who appeared in Friday the 13th: A New Beginning, and who had befriended Haim and Feldman in the 1980s.

Corey Feldman starred in a string of successful films in the 1980s including Stand By Me, Gremlins, The Goonies, and The Lost Boys.