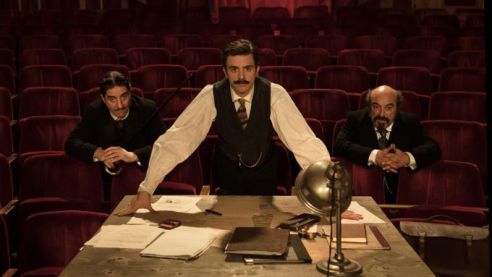 The 31st edition of the much-anticipated Alliance Française French Film Festival
is opening in Perth on 11th March with an impressive line-up of contemporary French cinema,  special screenings and events across 5 cinemas!

With close to 50 films and series, there is something for everyone, from moving social dramas and touching rom-coms to hilarious comedies and exciting thrillers.

Be quick to catch some of the limited screenings and be the first to see some of the films in Australia.

Opening night launches with The Extraordinary and the festival closes with The Bare Necessity. There are special events screenings where proceeds go to bushfire relief, with films: In The Name of the Land and How to Be a Good Wife.

One of two films in this year’s festival centred on Edmond Rostand’s revered 1897 play, Cyrano de Bergerac (alongside Mélanie Auffret’s Roxane) is Alexis Michalik’s period-set biopic, Edmond, which reveals the drama behind the playwright’s most famous work. Edmond is set during the Belle Époque in late 19th-century France, playwright Edmond Rostand (Thomas Solivérès) is commissioned to create a play in only three weeks.

Cyrano de Bergerac is conceived under the chaos of finding sponsors, cast, a theatre and starting rehearsals without a fully written script, an impossible task!

Despite being a clearly gifted writer, he needs this career opportunity to make him a household name and pay his bills. With the support of the legendary Sarah Bernhardt (Clémentine Célarié), she approaches Edmond and demands to star in his next play. But her Diva demands only stir unneeded stress as she relentlessly whips him to submit to her every whim and delightful comedy ensues.

The supporting characters that join Edmond on this journey of theatrical calamity are all endearing and beloved French actors. The hilarious action unfolds much like a Shakespearean comedy with twists and stalls and French farce driving the film in the style of a ‘comedy of errors’, much to the delight of the audience. There is at least one side-splitting scene, where on stage the lead female actor suffers a most untimely, accidental fall through the legendary stage trap door, (ensuing belly-aching laughs), emulating the visual humour of nostalgic films like those of famous comic filmmaker Charlie Chaplin. The nostalgia of the class play Cyrano de Bergerac, stunning French Belle Époque mise-en-scene, the debacle of slapstick comedy and talented French cast and director make Edmond a highlight of the festival and one to catch if you can.

The Alliance Française French Film Festival is on in Perth from 11th March to 8th April, 2020. For the full guide visit www.affrenchfilmfestival.org.