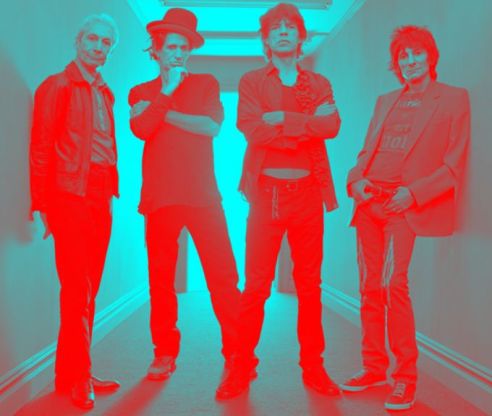 Last week while I was watching Donald Trump’s pathetic rally in Tulsa, Oklahoma, I couldn’t help but cringe whenever a Rolling Stones song came on to help ‘rev’ up Trump’s fake audience (it is alleged Trump put ads in newspapers to recruit ‘sign holders’ and false followers).

Anyway, the fact that two of my favourite Rolling Stones songs – She’s A Rainbow and You Can’t Always Get What You Want – were used during the rally really put me off the Stones for the week. Until this good news…

Just reported is that the Rolling Stones are “taking further steps” to prevent Donald Trump from using their music at his rallies after the president’s campaign ignored previous cease-and-desist letters.

“This could be the last time Trump uses any Jagger/ Richards songs on his campaigns,” the band’s rep said in a statement.

Over the weekend, the band announced that their legal team has sent another warning to Trump’s campaign people and that if the president continued to use the band’s music, he could face a lawsuit.

In actual fact, the Trump campaign has a ‘Political Entities License’ that authorises the public broadcasting of more than 15 million musical works. There is a clause, however, that allows artists to request that their music isn’t used, and the Stones are aiming to take full opportunity of that.

“Tom Petty would never want a song of his used for a campaign of hate. He liked to bring people together.”

The recent Tulsa rally also peeved off Tom Petty’s family, who have stated that Trump was not authorised to use Petty’s popular song I Won’t Back Down.

“Trump was in no way authorised to use this song to further a campaign that leaves too many Americans and common sense behind,” read a statement from the family. “Both the late Tom Petty and his family firmly stand against racism and discrimination of any kind. Tom Petty would never want a song of his used for a campaign of hate. He liked to bring people together.”