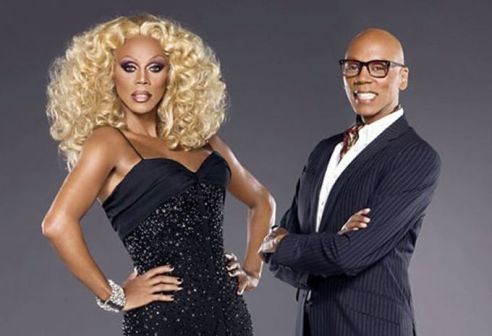 It seems nothing can stop powerhouse entertainer RuPaul from spreading his entrepreneurial wings. After hosting The RuPaul Show on VH1 and having continuing success with RuPaul’s Drag Race (now up to its eleventh season), Drag Race Untucked, and Drag Race Allstars, the world’s most famous drag-queen-come-king-of-comedy (and talk!) is adding another feather to his cap.

According to Variety, RuPaul is currently shooting a talk show pilot for Telepictures, with a show slated for launch in September 2019 if all goes well.

The talk show will be filmed in front of a live studio audience, and will feature RuPaul interviewing celebrities, giving beauty tips, hosting quizzes, and of course giving good goss.

Sidekick and co-producer of RuPaul’s Drag Race, Michelle Visage, is expected to play a role.

The quaintly titled Telepictures is in fact a huge production house that falls under the Warner Bros umbrella, and already looks over Ellen DeGeneres’ daytime show.

With that kind of backing, Ru’s future looks bright, as if we weren’t blinded by his/her brilliance already.

Whether Ru will present the program in drag or out of drag is yet to be revealed. I will take a guess, though, and say he’ll be doing a lot of both, and that he’ll be putting Drag Race on the backburner once daytime duties begin taking up more time.

The star is sure to be even busier when production commences on a biopic series of his life so far, being produced by JJ Abrams of Lost fame.

If you’re wondering how does RuPaul manage to give so much to the camera, the answer might lie in what he told Cream back in 1994 when he was just entering the entertainment scene: “I’m a Scorpio, and the truth of the matter is I’m actually really heavy and serious. I think the way I balance it and keep it at a really nice level is, come lights on, I’m turned on, and I don’t take myself that seriously.”  Antonino Tati