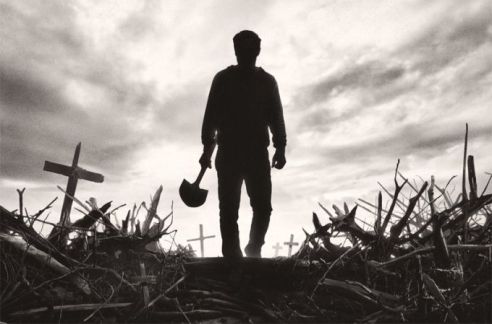 On November 14 last year, Pet Sematary, the bestselling novel that Stephen King was once too scared to publish, turned 35.

Now, two fresh directors of modern horror – Dennis Widmyer and Kevin Kölsch (Starry Eyes) – are about to unleash their big screen adaptation of the book.

Says Widmyer, “Stephen King was one of those guys like [J.R.R.] Tolkien that I started reading at, like, 11 or 12. I’d held off on Pet Sematary because I remember the back of the paperback said, ‘The most terrifying novel he’s ever written!’.

“Also, I had a cat, and something about it spooked me. I had a very indelible reaction to Pet Sematary. It just felt more dangerous than his other books.” 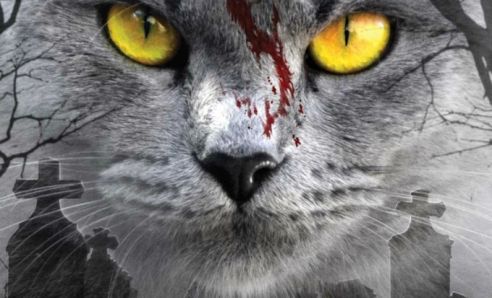 Pet Sematary follows Dr. Louis Creed (Jason Clarke), who, after relocating with his wife Rachel (Amy Seimetz) and their two young children from Boston to rural Maine, discovers a mysterious burial ground hidden deep in the woods near the family’s new home. When tragedy strikes, Louis turns to his unusual neighbour, Jud Crandall (John Lithgow) and in the process sets off a perilous chain reaction that unleashes unfathomable evil with horrific consequences.

“Pet Sematary is very mature and psychological. It’s about human emotion as much as it is about the scares and the horror.”

Of course the release of Pet Sematary follows a banner year for Stephen King, whose updated movie version of It drew huge box office crowds in 2018.

Says director Kevin Kölsch, “It reminded people that Stephen King writes not just fiction, but great literary horror. And [the 2018 movie] really respected the material, treated it like prestige horror; not schlock. That’s what we’re doing. Our whole thing with this is to make people think. [To me] Pet Sematary is very mature and psychological. It’s about human emotion as much as it is about the scares and the horror.” 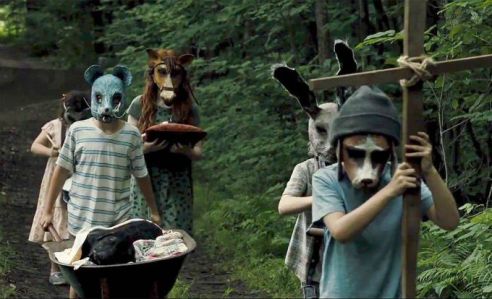 When the novel was first published, an unprecedented 700,000 hard copies were distributed in print.

By this point, in 1983, Stephen King had seen more of his novels adapted into movies than Charles Dickens.

The first cinematic version of Pet Sematary was directed by Mary Lambert who had previously directed music videos for Madonna, Janet Jackson and Sting.

Although Pet Sematary would be a huge hit, King originally hid it in a drawer for three years, refusing to publish due to it being too scary.

The book is partly autobiographical; the idea came to King when he rented a house on a road so busy the local children had made a pet cemetery for their lost, furry friends.

When King’s daughter’s cat, Smucky, was run over and his two-year-old son, Owen, very nearly was too, the story took shape in his mind.

The novel has quite a few famous fans. Dee Dee Ramone wrote the Ramones track Pet Sematary after reading the book in King’s basement.

The novel has been seen by some as a sister-piece to It, with the two novels both being Maine-set stories of the loss of childhood innocence.

The writer and directors of the new movie adaptation are huge King fans, and say that they think Pet Sematary is his greatest ever work.

The producer, Lorenzo di Bonaventura, has overseen more than 80 big-screen book adaptations before this, including another based on a Stephen King novel, 1408.

The pet cemetery set designers have created for this new adaptation includes personal gravestones for the beloved lost pets of the cast and crew – and one dedicated to Smucky, the cat who started it all.

View the official trailer below.