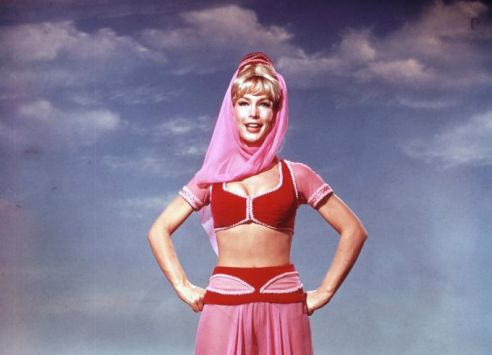 If you dream of meeting super stars at conventions, best you get yourself a ticket to this year’s Supanova Comic Con & Gaming happening in Sydney (21–23 June) and Perth (29-30 June).
Recently announced to be appearing at the event is Hollywood legend and I Dream of Jeannie star Barbara Eden. Yes master, I tell you no lie.

The classic television nostalgia continues, with Eden joined by Barbara Feldon (below), aka Agent 99 from the original Get Smart series, and Dawn Wells, famed for her portrayal as Mary Ann Summers on Gilligan’s Island.

But all is not merely fantastically retro at this year’s Supanova, for a long line of stars from contemporary TV and film are also in the lineup, including David Ramsey (John Diggle on Arrow), Stephen Amell (Queen/Green Arrow), Robbie Amell (Ronnie Raymond/Firestorm) and Supergirl’s Italia Ricci (Siobhan Smythe/Silver Banshee).

Unfortunately due to a new film, previously announced guest Lindsey Morgan (The 100), who was slated to join the June tour, has had to postpone her appearance.

Oh, stop frowning about that last bit! All of the aforementioned ought to still have you beaming like The Joker on Xanax…