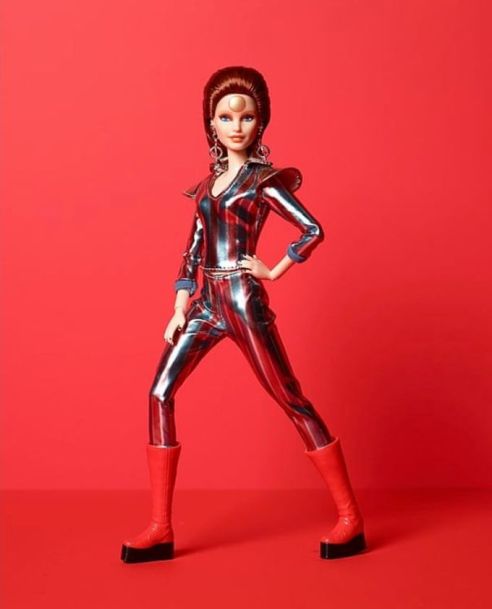 Toy giant Mattel has just gotten 100% cooler in our books, having released its first Barbie doll fashioned after David Bowie in celebration of the 50th anniversary of Bowie’s Space Oddity LP.

The new Barbie is fitted out in early ’70s Ziggy Stardust costume and is being sold for $50 a piece.

Mattel have gotten a little ahead of themselves, though. This month marks the 50th anniversary of David Bowie’s first album ‘Space Oddity’, not ‘Ziggy Stardust’.

Mattel says the doll is being marketed to “the adult collector” but we’re pretty sure avid Bowie fans will be quick to note that Mattel have come in a little early.

This month marks the 50th anniversary of Bowie’s first album Space Oddity, released in July 1969, not Ziggy Stardust and the Spiders From Mars, which was released 1972.

Still, it’s the thought that counts.

One Response to “Barbie gets dolled up as Bowie”

Leave a Reply to Melbourne: Live Music Capital of the World (According to Melbourne) | CREAM MAGAZINE Cancel reply