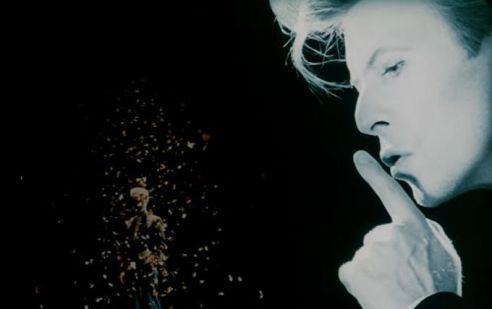 It was no accident that David Bowie’s first big hit Space Oddity coincided with the 1969 Moon Landing. A true star was born just as man first dipped his foot on lunar crater; an outer-ordinary being who’d go on to create the perfect soundtrack – year after year – for a world speeding through progress as quickly as it was hurling toward chaos. And that’s rocket-ship speed when compared to how slow life was before the Industrial Revolution or, for that matter, the culture-revolutionary ’60s.

But wham, bam, thank-you, man – Bowie was thrust into the limelight to teach the world that art and commerce and man and woman (and in-between) and space and earth and sound and vision and, yes, progress and chaos could all be mixed into one glorious, ambiguous, big beautiful thing.

But forget the old hoopla, for just released is a remastered (and subtly remixed) version of Bowie’s Space Oddity with a new video to boot featuring previously unseen footage of Saint David.

Enjoy the clip here and see if you can pick up on the spookier echoes and other audio effects.