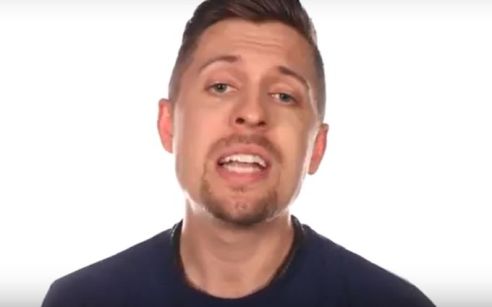 Just months after YouTube faced a backlash over its general handling of homophobic commentary on its platform, comes news that a group of LGBTQ video makers is suing the streaming giant.

YouTube and its parent company Google are being sued by video production group GNews! due to allegedly labeling their videos unfairly and restricting their money-making simply due to their sexual orientation.

The lawsuit insists that YouTube is “engaged in discriminatory, anti-competitive, and unlawful conduct that harms a protected class of persons under California law” and that their videos are being demonetised and being excluded from content recommendations, resulting in less view counts.

The members of GNews! are Bria Kam, Chrissy Chambers, Chase Ross, Lindsay Amer and Amp Somers. The group has gone so far as to create a video, visible on YouTube and which some viewers might agree is somewhat excessive in its cries of discrimination.

A representative of YouTube has written back since the allegations, saying, “All content on our site is subject to the same policies. Our policies have no notion of sexual orientation or gender identity and our systems do not restrict or demonetise videos based on these factors or the inclusion of terms like “gay” or “transgender”. In addition, we have strong policies prohibiting hate speech, and we quickly remove content that violates our policies and terminate accounts that do so repeatedly.”

GNews! is a name adopted by a bunch of other companies with videos on YouTube and that’s perhaps one reason the group’s clips don’t stand out online.

The prosecuting group continues with its claim, and is asking for monetary compensation and an injunction that would stop YouTube from “censoring, restricting, restraining, or regulating speech based on the discretionary use or application of discriminatory, animus-based, arbitrary, capricious, vague, unspecified, or subjective criteria, rules, guidelines, and/or practices.”

‘Animus’ is Latin for “the unconscious masculine side of a woman” hence the prosecutors case looks like it may evolve into a rather ambiguous argument.

Cream has tried several searches of GNews! content on YouTube and has had a difficult time finding anything. It doesn’t help that GNews! is a name adopted by a bunch of other companies with videos on YouTube and that’s perhaps one reason the group’s clips don’t stand out online.