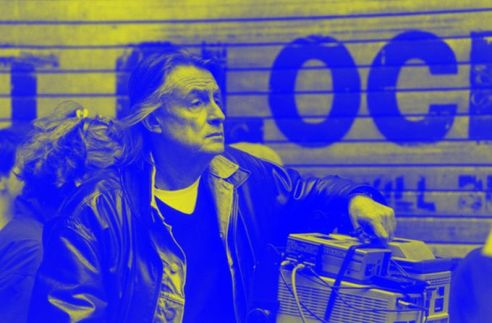 Forget the old assumption that it’s supermodels and sports stars who have it easiest in getting laid. It appears sitting in the director’s chair is where it’s at when it comes to calling the shots and scoring in the sex department.

In an article that appeared in Vulture this week, director Joel Schumacher made the extraordinary claim that he has had sex with up to 20,000 people.

“Every drug, in my mind, was a pathway to sex. So was alcohol.”

When Schumacher told interviewer Andrew Goldman that he’d had sex with a high number of people – somewhere in the “double-digit thousands” – Goldman expressed he thought the interviewee meant 2,000 or 3,000.

Schumacher then corrected the interviewer, saying, “That’s not double digits, that’s single digits” and put the figure between 10,000 and 20,000.

The director then went on to say that getting sex was easy for a gay male, and that he’d regularly shoot up speed, and often had sex with famous and married people, but that he’d take the details of his sexual adventures to the grave.

Throughout pretty much the entire interview, Schumacher sounds like he’s on a roll, never holding back on salacious tales about gay sex and drug use.

At one point he says, “Every drug, in my mind, was a pathway to sex. So was alcohol. There was an adventure going on, and sex would be the cherry on that sundae. Now, a lot of gay people are getting married, they’re adopting, or they’re having children. There wasn’t any of that when I was young.”

And here, the killer punchline:

“If you went into a gay bar and there were 200 men in there, and you said, ‘Okay, who wants to have a little house with a white picket fence, and a dog, and a child, raise your hands’ or ‘Who wants to get laid tonight?’ … The concept of a lovely suburban life or raising children was not a high concept.”