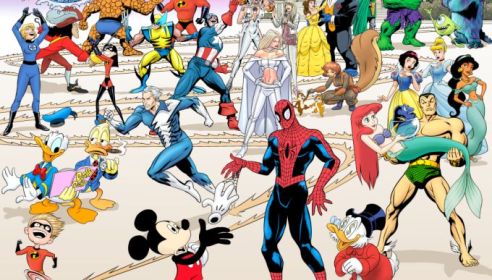 Disney Plus has landed in living rooms across the country, but for $ monthly subscription, is the channel all that it’s cracked up to be?

Subscribers may have thought they were getting every title that has been made available in the US version of Disney Plus but, like Netflix, this just isn’t the case.

That said, there are a huge number of movies and series made available on the streamer, some of which have had to be cancelled on other streaming channels such as Stan and Netflix.

The full Star Wars sage, for example, looks like being pulled from Stan so as to appear exclusively on Disney Plus, as are a bunch of Marvel and Pixar movies.

I’m having enough trouble catching up with so many great shows on Netflix and Stan, and I don’t have kids to have to consider in the home entertainment debate, so I think I’ll be giving Disney Plus a miss. For now.

So what else is available on the newest addition to the streaming competition?

Animated films make up a huge part of the list, of course, with everything from the original animated Dumbo to its recent live action version, able to be streamed. Disney classics like Alice In Wonderland, Mary Poppins and The Lion King are all in there. And a huge lineup of Marvel movies are available including recent hits Avengers: Endgame, Black Panther and Captain Marvel.

According to Disney, Australia will be receiving over 600 films and 7000 TV show episodes this week alone. Heck, even The Simpsons seasons 1-29 are amid that hefty lot.

To give you an idea of what’s on offer, check out the list below. An extensive list, yes, but have we seen it (almost) all before and is it good value?

If you’re into comic book adaptions, classic animations and sci-fi staples, then the streamer is definitely for you. If you only like watching the above-mentioned occasionally, and prefer fresher, progressive shows and films, than you may be better off sticking to Netflix. And if you like progress and retro, Stan might be your thing.

I’m having enough trouble catching up with so many great shows on Netflix and Stan, and I don’t have kids to have to consider in the home entertainment debate, so I think I’ll be giving Disney Plus a miss. For now.

The Disney Plus app will be available on iOS, Android, Apple TV, Chromecast, Amazon Fire TV, PlayStation 4, Xbox One and select smart TVs.

SO WHAT’S ON DISNEY PLUS?