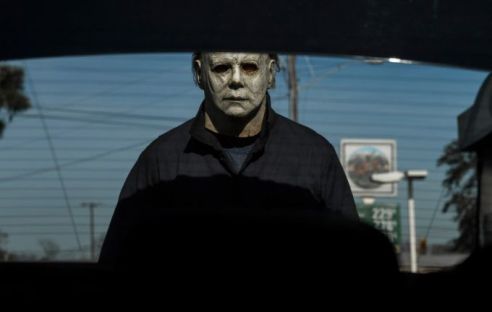 Amidst a host of yet more releases that will undoubtedly see Marvel and DC battle for box office supremacy, there’s actually a mightily exciting selection of other movies scheduled to hit silver screens around the world in 2020; including a wide variety that aren’t based on comic book superheroes and supervillains.

Yes, we know they’re popular, yet there’s also plenty of indications to suggest that given the repetitive storylines, over-reliance on CGI effects, not to mention countless reboots over the last decade or so (we’re looking at you, Spiderman!), cinemagoers are increasingly growing tired of superhero movies.

With that in mind, let’s take a look at what else in the action genre might tempt us to cinemas, without a single caped crusader in sight.

It seems there’s no time for retirement as Bond is called back into action by his old friend, American agent Felix Leiter…

No Time to Die

Recently, Daniel Craig told USA Today this fifth outing as James Bond will definitely be the last. Looking at the first trailer for No Time to Die, it certainly looks like Craig will be concluding his portrayal of the British spy in typically spectacular fashion, having now held the role for more years than either Sean Connery or Roger Moore, following a story that started with Casino Royale in 2006 and will reach its end with No Time to Die.

Having apparently retired to the Caribbean, it seems there’s no time for retirement as Bond is called back into action by his old friend, American agent Felix Leiter. Going by the action-packed trailer, featuring no shortage of thrilling chases, daring leaps, explosions, and our first glimpse the new masked villain Bond will be hunting down, it looks like 007 will also uncover some shocking secrets along the way.

No matter how many times Michael Myers meets a grizzly end, he keeps coming back…

The original 1978 classic horror flick by John Carpenter spawned an expansive franchise of ten movies, including two remakes directed by Rob Zombie, a variety of novels and comic books, and even as slots game available to play with Ruby Fortune free spins here. That said, no matter how many times antagonist and serial killer Michael Myers meets a grizzly end, he keeps coming back.

Following up on the 2018 reboot that saw Jamie Lee Curtis and Nick Castle reprise their roles from the original, Halloween Kills promises another blood-spattered spree when the movie is set for release in October 2020. What’s more, this is apparently the second of a trilogy, in which Michael Myers might even reach his permanent demise in Halloween Ends, which will hit cinemas in October 2021.

Trying to adapt Frank Herbert’s classic science fiction novel is by no means an easy feat. In 1984 David Lynch made a valiant attempt, which despite the shortfall of trying to cram such an epic tale into 137 minutes and failing to impress at the box office, has since become a cult classic for fans of the genre. The 2000 SciFi Channel mini-series had another go, but just didn’t capture the richness of the characters the Lynch movie had portrayed.

Step forth Denis Villeneuve, who is certainly no stranger to sweeping science(fiction movies, having also directed Arrival in 2016 and Blade Runner 2049 in 2017. He is splitting his telling of this cosmic tale into two movies, with filming of the first having wrapped in July 2019 and set for release in December 2020. Featuring a stellar cast of acting talent, how they portray such a rich depth of characters will make or break how well Villeneuve vision of Dune is received.