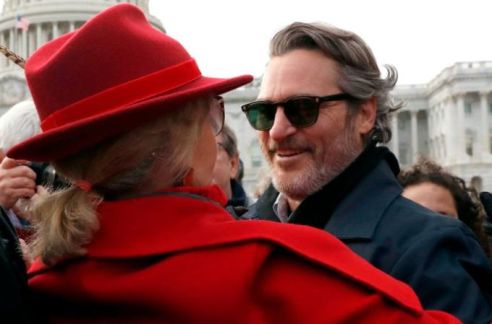 It started off with actor-come-activist Jane Fonda shouting through a megaphone alongside ardent climate change activists. The stint got Fonda locked up for ‘disruption of the peace’ or some such nonsense. But it didn’t stop her from showing up week after week to demand our politicians do more to slow down climate change and cease destroying the planet.

Now, Fonda has a bunch of Hollywood friends helping out, with recent celebrities seen joining the protests including Ted Danson, Rosanna Arquette, Sally Field, Sam Waterston, Catherine Keener and, as of this week, Martin Sheen, Maggie Gyllenhaal and Susan Sarandon.

Heck, even Joaquin Phoenix stated his piece and was arrested along with other protesters for simply demanding change in climate policy. Such demonstrations in the US are currently deemed unlawful.

The celebrities and other protesters are aiming to make folks aware of the effects of the meat and dairy industries on climate change while also advocating for a Green New Deal from US parliament.

According to United States Capitol Police, 147 protesters have been arrested in total for the demonstration, including celebrities Joaquin Phoenix and Martin Sheen.

Meanwhile in Australia, tens of thousands of people marched the streets of Perth, Sydney, Melbourne and other capitals last night, highlighting the need for a new government, better climate policy, and more aid for the firefighters who are currently battling bush fires across the country. 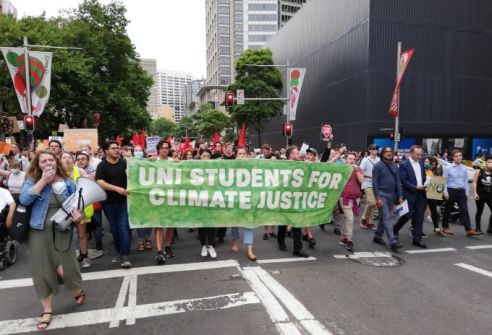