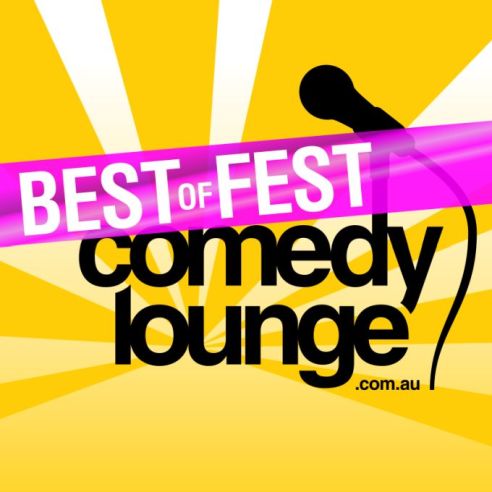 For so many reasons if you are going to pick one comedy line-up to catch during this year’s Fringe World Festival you must choose a show at the Comedy Lounge, Perth’s premier comedy venue. The place is perfectly designed for drinking and eating comfortably while lounging in an atmospheric setting while enjoying the banter of hand-picked comedians who won’t disappoint.

After prior disappointments in seeing comedy acts in less-than-favourable venues, I’m so relieved to discover an entire line-up of side-splitting comics.

Decked out with must-have velvet curtain and spot lights, not to mention the little dining tables for your convenience dotted in well-spaced rows and comfy padded chairs, you will know this is the place to be for a casual night out of laughs.

Enough of boasting about the fabulous venue and now for the comedians: the draw card of Fringe World. Best of Fest presents four comic sensations – Luke Benson, Amos Gill, Geraldine Hickey and Larry Dean – led by a cheerful host who is as funny as the acts he introduces.

Each comic immediately wins the grins and guffaws of the crowd, loosening up a full house of Fringe punters eager to be amused. And amused we were. After prior disappointments in seeing comedy acts in less-than-favourable venues, I’m so relieved to discover an entire line-up of side-splitting comics. In fact, I am now booking to see their individual comedy shows. Namely outstanding comic Scottish man Larry Dean whose starry blue eyes and relatable accent, delivered through confessional storytelling had us aching in fits of laughter from start to finish. Destined to become a house-hold name this award nominee must not be missed, catch him at his own comedy show Fudnut.

Honestly, I recommend pursuing each comic act and revisiting the Comedy Lounge later in the evening for PhatCave offering surprise celebrity guest comedians (such as Arj Barker, to name one), that will have you excited and glad to have continued your entertainment at the venue that is the star jewel of Perth’s comedy circuit.

I’m already looking forward to the next comedy show. Oh, and be sure to book free, but ticketed, Late Night Karaoke (Fridays and Saturdays). It’s a win-win! ★★★★1/2

‘Best of Fest’ is on at the Comedy Lounge from 30 January to 15 February.