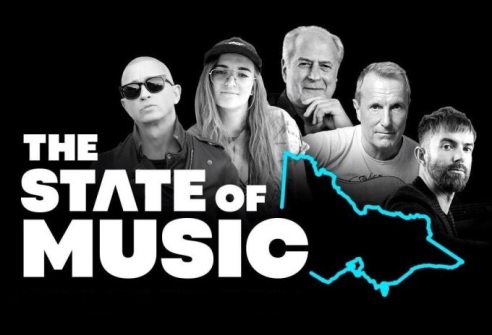 You may have noticed, over the past few weeks, social media posts from artists highlighting the importance of music and the art, especially in moments of isolation. Some musos have been bold enough to flag this message to our government, so its good to see some pleas have moved into action.

Today, the Victorian government has launched an online portal called Victoria Together which showcases the best in Australian music, comedy and other artistic endeavours. The campaign is aimed at keeping music lovers and comedy appreciators connected while supporting the creative community.

Here’s hoping this becomes more of a national affair, especially since the digital world, like music and art, knows no bounds.

The Mushroom Group has already jumped on the bandwagon to present The State Of Music, a weekly live streamed series featuring exclusive interviews with musicians and live performances from some of Australia’s finest acts, both emerging and established.

To be broadcasted each Sunday night from 7:30pm on YouTube, Facebook and on the Victoria Together website, The State Of Music (SoM) will feature a stream of special guests. The first episode boasts appearances by Birds of Tokyo, Diesel, G Flip and James Reyne, with Mushroom chairman and founder Michael Gudinski also popping in for a chat.

Already the above list of artistry appears to go beyond the boundaries of the state of Victoria (Birds Of Tokyo and Diesel are both from Perth, yes?) so here’s hoping this becomes more of a national affair, especially since the digital world, like music and art, knows no bounds.