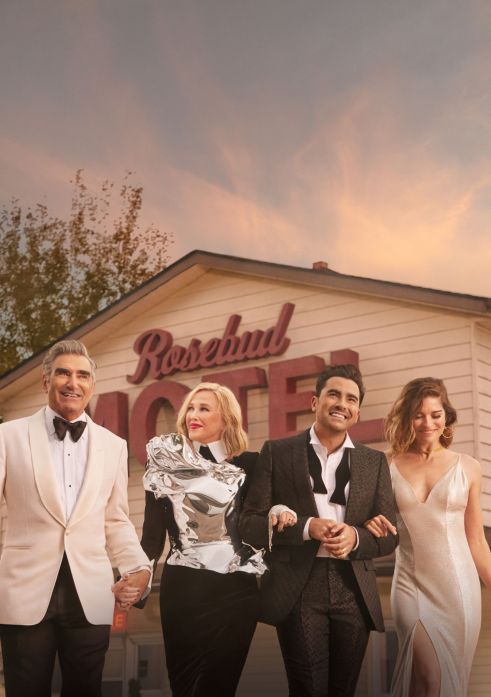 If you’ve never watched an episode of hilarious series Schitt’s Creek, you’re truly missing out on something hysterical bordering on the sublime. And while the series has just aired its sixth and final season on Netflix, it’s never too late to binge. And binge you will.

Co-created by comedy veteran Eugene Levy (American Pie, Best In Show) and his son Daniel Levy, who also star in the series as fictional father and son John and David Rose, Schitt’s Creek is about a wealthy family going bankrupt and having to cope with moving to a small town and getting along with its locals. 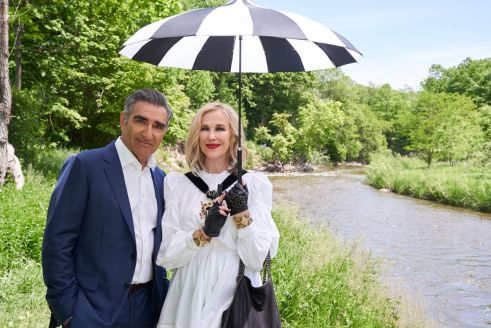 The show is sharp, stylish and wittier than just about anything else on telly, and it co-stars Catherine O’Hara and Annie Murphy respectively as the insane and narcissistic matriarch, Moira Rose, and her over-ripe fruit falling not too far from the mad tree, Alexis.

In short, this family makes dysfunction look utterly fabulous, and while they teach the small town folk of Schitt’s Creek a thing or two about class and style, they also learn a lot from their humble counterparts.

Season 6 (the final season) of Schitt’s Creek sees the Roses achieving success in their respective careers and personal lives, forcing them all to contemplate their inevitable next steps. But as their pursuits push them closer towards their long-awaited escape, the family discovers just how connected their lives have become to the town and its residents. When they finally face the decision to stay or leave, things are much harder than expected.

Get on board for this delightfully insane (but very stylish) comedy of errors.

WIN! ONE OF 5 COPIES OF SCHITT’S CREEK: SEASON 6 ON DVD

Courtesy of Acorn Media, Cream has 5 copies of ‘Schitt’s Creek: Season 6’ (the final season) on DVD to give away. To try winning a copy, ensure you’ve Liked our Facebook page here then email your name, address and the Subject heading ‘Schitt’s Creek’ to cream@pobox.com by 5pm AWST, Wednesday 17 June.