Due to recent border restrictions, Fringe World 2021 has been relatively limited in the appearance of international acts. But when you’re privileged to see such a world-class performer as Reuben Kaye, you don’t mind leaving the internationals stuck in their Covid-ridden Euro towns.

And while Perth enjoys being one of the cleanest locales during all of the coronavirus pandemic, it takes a genius like Reuben to muck things up just enough for us to truly appreciate our gilded state.

For me, Reuben Kaye is always a key player at Fringe: an artist whose brilliantly quick-witted story delivery is surpassed only by his buoyant activity on stage. Even when Kaye delves into darker tales about an aloof mother who was closer to her alcohol and fags than she was to her faggy son, he manages to turn disappointment into delightful derangement.

Kaye unleashes anecdote after anecdote at warp speed, often punctuated with innuendo and occasionally sprinkled with the sort of self-deprecation that only a genuinely confident artist can pull off.

Sometimes, his repartee is so quick, that even the most ardent listener will miss the odd joke. There were times when I’d just gotten grasp of one of his dirty tales yet he’d already be half-way through telling the next.

As for charm and personality, Kaye has these in spades. On stage at The Rechabite, he’s like Joel Gray MC-ing in Cabaret, then suddenly the star of the show, if not bigger, bolder, brighter than Liza.

The content of Reuben’s jokes and anecdotes read like a novel that could have been penned by Augusten Burroughs (Running With Scissors), while the musical backdrop nods knowingly toward Bowie, Bolan and Brecht.

Music, theatre and humour are in Reuben’s blood, and if you’re in a confused state of what to see this Fringe – cabaret, theatre, comedy, or performance art – rest assured this artist does all four to utter perfection. Well, the circus stuff he actually leaves to the supple movers and shakers who feature in his late show The Kaye Hole (also on at The Rechabite). But give me this guy alone, backed by his capable band of musicians, and I could say I’ve seen what I’ve come to see at Fringe.

Forget ambition: Reuben Kaye is already there. Courageously, androgynously, ambidextrously entertaining us in a non-stop cabaret-come-comedy act that’ll leave you gagging for air.

Reuben Kaye performs at The Rechabite, Northbridge as part of Fringe World 2021 up until February 14. Information and ticketing available at www.fringeworld.com.au. 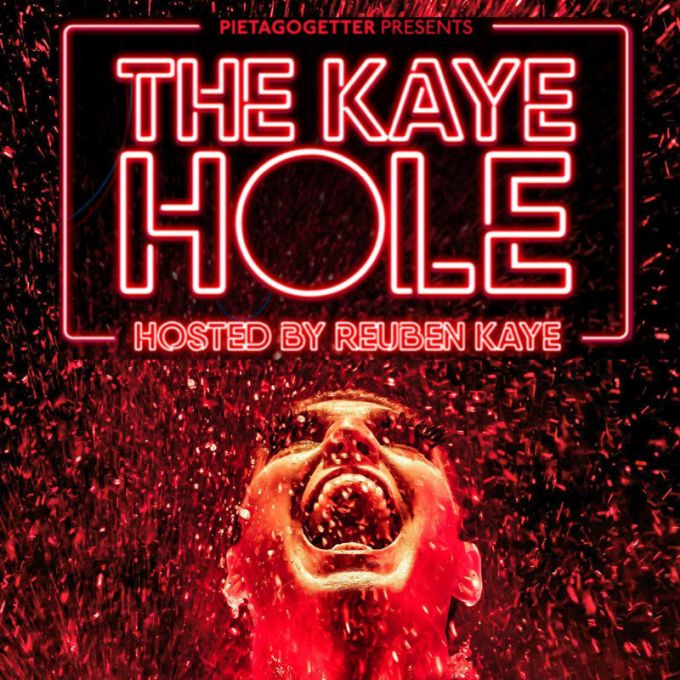