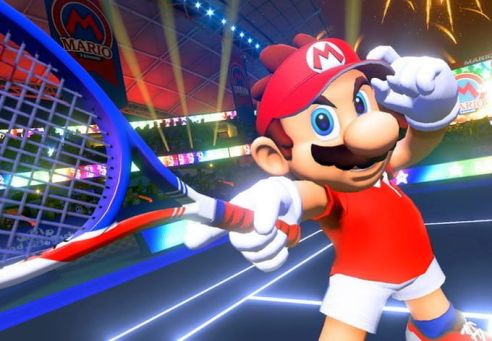 It might have surprised gamers when their beloved hero Mario first ventured onto the tennis court in 1995’s Mario’s Tennis (playable on the Virtual Boy console – popular enough overseas). But when you consider the fact the world’s very first video game involved a ‘ball’ bouncing off two planks opposite each other (yes, Pong), the idea of extrapolating from this concept to incorporate more colorful characters and adventurous concepts doesn’t seem too strange.

Twenty-three years on from when Mario picked up his first racquet, Mario Tennis Aces has seen a once-familiar sport evolve into an absolutely twisted adventure.

A lot has needed improving to impress fans of the game, especially since 2004’s sudden introduction of extra-curricular characters in brighter robust form – and Mario Tennis Aces provides this supersized gratification.

The concept is simple enough: Mario and Peach have come off the court, having won a world championship when they are approached by a couple of sketchy hawkers (Wario and Waluigi), gifting them with “the most powerful tennis racquet in the world”. The racquet is actually cursed and has turned their friends into rivals.

Mario needs to collect powers stones to reverse the curse. He’s also got to collect spare tennis racquets since rivals keep trying to destroy his. And racquets break easily. Put it this way, you might think you’re at advantage with a power shot, but that strength might just break your racquet. There’s a fine line between a soft serve and a hard hit.

Practice counts, and plenty of it.

“For tennis puritans, you can skip adventure mode to play solely in tournament mode but what would be the fun in that?”

You can play individually or with an opponent, through the Switch console or with controller in swing mode. More importantly, you can play good ol’ tennis matches or go the adventure route and keep trying to make it through different levels. But don’t think it’s all easy.

In the single player storyline, for example, there’s this annoying ‘Reflection Room’ which is a challenge since you have to play against your own reflection while so much else is going on. It can be difficult to hit moving targets.

I found I was enjoying the challenge until I kept losing, but once I passed this level, I know my reaction time improved.

For tennis puritans, you can skip adventure mode to play solely in tournament mode but what would be the fun in that? You can unlock more courts as you advance through adventure mode, and you can introduce new characters through online tournaments.

Mario Tennis Aces is really about learning to master the controls and improve reaction time, which will help in future gaming ventures.

At first glance, Mario Tennis Aces looks simple and doesn’t appear to have much depth, but with surprisingly funny character dialogue, strategic and thrilling gameplay, and the option of online matches, it all adds up to pretty good value. 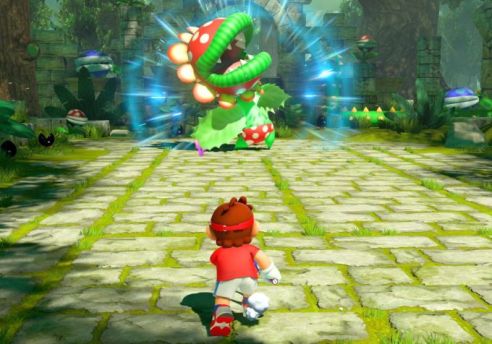 In short, playing virtual tennis is good fun, and probably good for you. Just stretching your arms with Joy-con controller in swing mode might be more exercise than you’ve done in a day. Indeed, with Switch’s portability, you could be playing on the go anywhere. Far better than sitting sluggishly on the couch, that’s for sure.  Ben Roccamante & Antonino Tati

For more information on ‘Mario Tennis Aces’ or to purchase and download, visit www.nintendo.com.au.