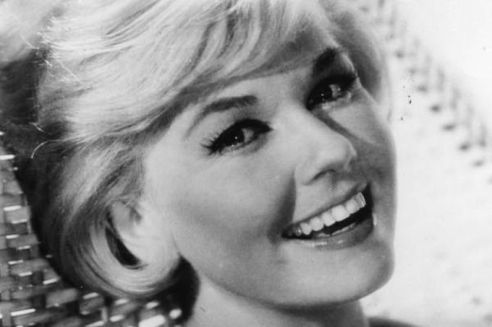 Actor/singer Doris Day died of pneumonia last night, surrounded by family and friends at her Carmel Valley home in San Diego, US. She had turned 97 last month.

Day was a huge box-office star in the 1950s and ’60s, famous for her ‘All-American Sweetheart’ image. Her films included Pillow Talk, Calamity Jane, A Touch Of Mink and Lover Come Back, each of which contributed to making her the top female box office star in 1960, ’61, ’63 and ’64, outranking the likes of Audrey Hepburn, Elizabeth Taylor and even Marilyn Monroe.

“My public image is unshakably that of America’s wholesome virgin, the girl next door, carefree and brimming with happiness. [It’s] an image, I can assure you, more make-believe than any film part I ever played.”

Despite her safe image on celluloid, Day’s real life was tinged with darkness, regularly suffering panic attacks on set and at home, and experiencing what she would describe as private nervous breakdowns.

She married four times, had a child before she was 20 – which was considered career suicide for actors of her era, and had awful luck in her relationships.

For years she had to deflect industry rumours about co-star Rock Hudson’s closeted homosexuality. 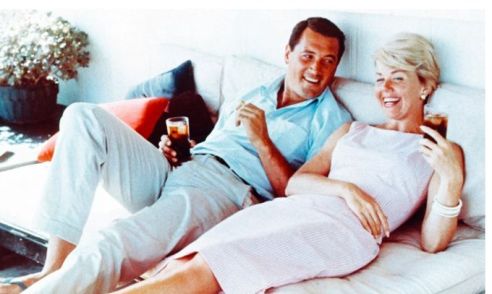 Her first husband, trombonist Al Jorden, would beat her, and she once described him as “a psychopathic sadist”.

Her second husband, saxophonist George Weidler, merely wrote her a letter when ending their marriage.

Her third husband, film producer Martin Melcher, was fraudulent with her finances and left her in debt when he died.

And her fourth husband, restaurateur Barry Comden, would often complain to media that she cared more for her “animal friends” than she did for him.

“My public image is unshakably that of America’s wholesome virgin, the girl next door, carefree and brimming with happiness,” the actress expressed in her memoir, Doris Day: Her Own Story. “[It’s] an image, I can assure you, more make-believe than any film part I ever played.”
Still, Doris Day’s wholesome image will likely remain the more popular one thanks to the posterity provided by archived film.  Antonino Tati

One Response to “Doris Day has died, aged 97: the darker side to the squeaky clean actor’s life”