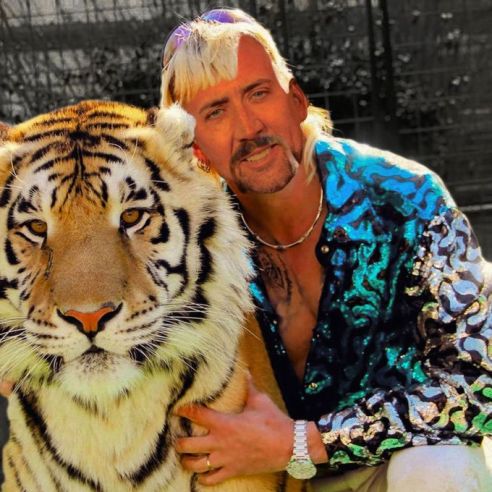 Veteran actor and all-round dude Nicholas Cage has been signed on to play insane zookeeper Joe Exotic in a new TV show based on the successful Tiger King series.

The as yet unnamed show will be Cage’s first TV role (yes, we’re surprised to hear that as well) but judging by a photo-collage circulating online (thanks, theringer.com) Cage’s look is perfect for the role.

Like the Netflix series, the new series will see Joe Exotic going against the grain, battling the authorities and coming up against competitive bitches, namely Carole Baskin (who we think deserves a show of her own, really).

The series will be produced by CBS Studios and Imagine Studios.

But it’s not the only spin-off in the works. Word has it that Ryan Murphy (American Horror Story, Hollywood) and Rob Lowe are in talks to produce their own show about Joe and Co, while production house ID is working on a true-crime series called Investigating The Strange World Of Joe Exotic.

Now that’s a lot of kitty-cat chaos to keep up with.