For almost 30 years, the British Film Institute has invited prominent writers and historians to provide their view on classic films, offering wildly interesting perspectives in the study of cinema. The ever-growing BFI Film Classics series has recently been relaunched – each new or revised pocket-sized book beautifully illustrated and, as expected, packed with mind-expanding analyses and anecdotes about the movies we love to watch.

The series often challenges the norm when it comes to our perceptions of cinema. The Wizard Of Oz, as seen through the eyes of notorious author Salman Rushdie, for example, becomes less a story of escape and more a resolution of returning ‘home, sweet home’ – a film that very much “speaks to the exile”. Rushdie takes Dorothy’s famed ruby slippers and imagines them being hocked at a sale of MGM props. Where those shoes have been and what they’ve come back to may both bare major influence on where they end up next.

In other unconventional, if not progressive, takes on classic flicks, Camille Paglia looks at why Alfred Hitchcock’s The Birds intrigues viewers with its combined study of anxiety, sexual prowess, financial power, and the violence of nature, while Richard Dyer taints the lens of La dolce vita to celebrate a film that is as much about despair as it is about decadence and nobility.

Some of the authors in the series have gone to great, studious lengths to present their take.

In interpreting 2001: A Space Odyssey, Peter Kramer rummages through the Stanley Kubrick Archive in London to challenge many of the widely held assumptions about the movie, as well as points to the film’s disturbing contemporary resonances. The author also delves deep into issues of existentialism, human evolution, artificial intelligence and progressing technology, bringing each subject closer to home.

Stepping into even darker territory, Roger Luckhurst takes a sharp knife to Kubrick’s ‘The Shining’, questioning why so many of the film’s tropes have resonated to this day (and far beyond Jack Nicholson’s ‘Here’s Johnny!’ snarl). 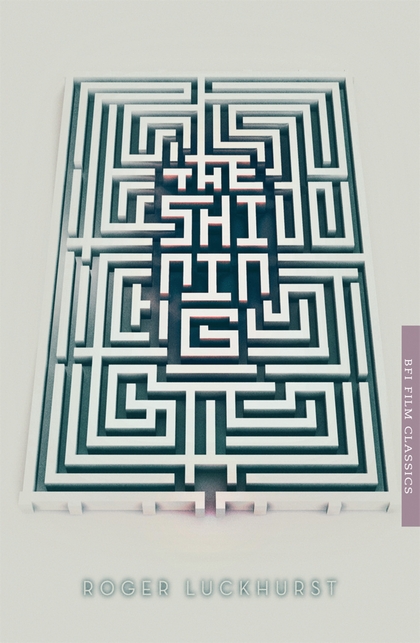 Meanwhile, other horror classics have brighter lights shone on their original premises to reveal relevant applications to modern audiences.

Mark Kermode views and reviews The Exorcist with the recovery of previously deleted scenes that have now been reintegrated into the film to create The Version You’ve Never Seen (yes, that is its official subtitle). Trainspotters ought to revel in seeing freshly revealed stills of legendary ‘subliminal images’ lurking within the celluloid. Conspiracy much? Yes, please.

Kevin Jackson takes a villain of a vampire in Nosferatu and compares and contrasts him to today’s celebration of all things blood-lust. He traces Nosferatu‘s eventful production, initial reception and even how attempts were made by Bram Stoker’s widow to suppress the picture being made.

There are also brilliant (if not downright dark) dissertations on Rosemary’s Baby (Michael Newton), Thelma & Louise (Marita Sturken), Do The Right Thing (Ed Guerrero), and Citizen Kane – the latter in which Laura Mulvey highlights the contemporary rhymes in the portrayal of a scandal-prone press baron in a time of economic crisis. Murdochs and Packers, take note.

The books in the BFI Film Classics series are not only wonderfully written, each is pocket-sized, beautifully illustrated, and economically priced.

And on the subject of aesthetics, each book’s cover art is a postmodern interpretation of popular themes within the film focused on, while illustrations are spliced throughout including original poster art, behind-the-scenes photography, and out-take stills.

As great as any director’s cut, really.

Books in the BFI Film Classics series are published through Bloomsbury Australia, available from quality book stores. Check out the full series here and enter our competition to win a set of five BFI Film Classics books including a copy of ‘Thelma and Louise’ by Marita Sturken, ‘La dolce vita’ (Richard Dyer), ‘Spirited Away’ (Andrew Osmond), ‘2001: A Space Odyssey’ (Peter Kramer), and ‘Do The Right Thing’ (Ed Guerrero).