If you thought you and your loved ones shared a few moments of madness during 2022, just think of all that insanity that played out in the press and on screens big and small. Pop stars, royalty, sports folk and other familiar faces made an absolute embarrassment of themselves, be it uttering the wrong thing in the wrong place at the wrong time, or simply getting caught doing that thing they thought they’d never get caught doing. Here’s a round-up of the year’s major stuff-ups and catastrophes – and the culprits behind each one.

Click on the images to take you to the fuller stories.

While the rest of us just got on with getting the vax (well, most of us) even if just to be able to travel, tennis star Novak Djokovic insisted on his anti-vax stance and refused to take the jab, even if it meant sacrificing his spot in the Tennis Open. Djokovic was ejected from Australia and, quite frankly, wasn’t overtly missed since the Open proved just as grand an event without his presence on the court.

On February 24, Russian president Vladimir Putin declared war on Ukraine, ordering troupes to invade Ukrainian borders, killing thousands of civilians in the process. The world watched on day after day as Putin’s atrocities continued, and still nobody has had the gumption to put a bullet to the fucktard president’s head.

New South Wales was hit with floods as climate change took its detrimental toll. The floods kept coming throughout the year and all across the east coast states, yet still our heads of government aren’t taking the climate crisis seriously. Meanwhile, the rest of the world suffered catastrophic floods and out-of-control fires, too, from Afghanistan to Bangladesh, China to California. 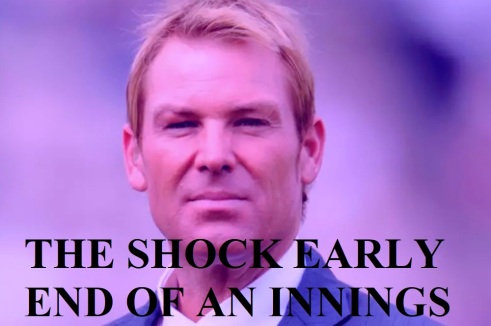 Cricketer Shane Warne died of a heart attack on March 4, aged 52. The news came as a surprise for even though we knew Warney liked to party, the guy seemed fairly fit at the time. Suspicions began circulating – mainly begun by Pete Evans – that Covid vaccines were weakening hearts in middle-aged men, with other prominent heart-related deaths occurring since Shane’s passing. 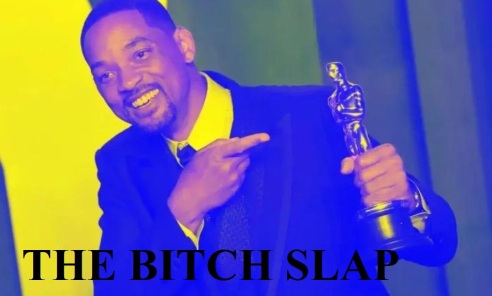 Will Smith slapped comedian Chris Rock hard on stage in front of millions of viewers. Rock who was hosting the 2022 Academy Awards and had simply made a humorous remark about Smith’s wife Jada Pinkett’s short hair (it had been shaved due to alopecia). For the record, Jada herself has often joked about her condition, but Will insisted on playing fierce protector – much to his career disadvantage and his eventual demise in Hollywood.

There was no bigger fool making headlines in April – in fact all year – than US president Joe Biden. How in the hell this buffoon got the people’s vote is beyond comprehension. Everything – and we mean everything – that came out of his mouth in 2022 was part-nonsense or full gibberish. Sometimes even downright creepy. It’s been like listening to the dumbest dude in the room waffle on incoherently and in slow mode. Really, really painful to watch. But if you can’t get enough of his gaffs, click the pic above.

When Kanye West dropped out of Coachella in April “to focus on himself”, the world ought to have guessed all that navel-gazing was going to head into trouble. Soon West began spouting that abortion was “genocide” and about the “population control” of black people, along with a slew of antisemitic remarks and Illuminati conspiracies, resulting in the termination of dozens of collaborations, sponsorships and partnerships. West was also widely condemned after appearing at a dinner hosted by Donald Trump at Mar-a-Lago beside white nationalist Nick Fuentes.

On May 21, Labor leader Anthony Albanese became Australia’s 31st Prime Minister. It was a clear victory after months of stuff-ups on behalf of our previous dumb-ass PM Scott Morrison. Albanese had, and still has, his work cut out for him including fixing international relationships and our relations with those with Indigenous Australians, boosting the economy while dealing with inflation, and of course tackling environmental issues. All this and a great big national debt. Fun fact: in June 2022, the government’s gross debt was around $960 billion; around 45.1% of GDP. Fun stuff!

Turning every moment she can into a kash kow, for the Met Ball (and her Instagram page, of course), Kim Kardashian squeezed herself into Marilyn Monroe’s old dress – the one she wore to sing Happy Birthday to then-president JFK. It turns out Kardashian returned the dress to its owners in a bad state, making us hate her even more for bastardising the legend of Marilyn. 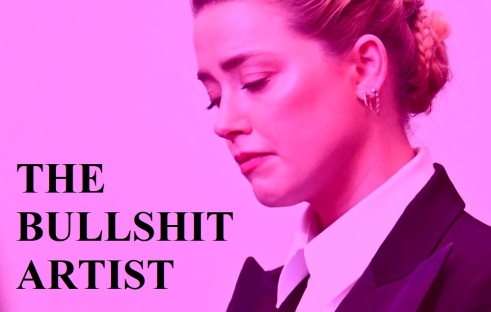 Amber Heard lost her case against ex-husband Johnny Depp with a jury awarding him US$15million in damages. Heard claimed Depp had hurled regular abuse at her and that he’d been having affairs during their marriage. Followers of the case quickly picked up on the overly dramatic gestures and crocodile tears Heard adopted in court to try to sway the judge, but the evidence was stacked against her (including Kate Moss stepping in as character witness for her old mate Johnny) and findings that Amber wasn’t an honest enough individual (to the point of keeping the millions she promised would go to charities for battered women). #NoNotYouToo

Boris Johnson resigned as UK Prime Minister following dozens of scandals. He was replaced by Conservative PM Liz Truss who lasted a pitiful 44 days before being ousted and replaced with the UK’s first PM of colour, the annoying and prattish Rishi Sunak.

After hearing from 40+ witnesses over 100 days and costing $25 million in legal fees, the trial against Australian soldier Ben Roberts-Smith for alleged war crimes saw the tables turn when Roberts-Smith starting suing a bunch of newspapers for defamation. For a moment there, the Australian public forgot about the alleged atrocities in Afghanistan and started wondering if soldier boy Ben was on the good side. For the record, we reckon he’s not. Savage bully or victim of bullying himself? We’ll have to wait and see the (probably paid-for-under-the-table) outcome.

Ricky Martin made headlines in July for all the wrong reasons. It was alleged by Martin’s nephew, Dennis Yadiel Sanchez, that Uncle Ricky made a habit of getting drunk and stalking him at home. Yadiel Sanchez insisted that Martin exercised physical and psychological attacks on him during a romantic and sexual relationship they’d had for several months. If found guilty of committing incest, Martin would have faced up to 50 years in prison. But just as suddenly as this disturbing news hit the press, the stories were shut down, with a weepy video from Ricky going viral, and the tables turning when Ricky announced he’d be suing his ‘insane’ nephew, seeking US$20million in damages.

The world hardly picked up on the release of Madonna‘s impressive compilation album released in August. We were too stunned by her many embarrassing social media stunts. How many stupid things did Madonna do in 2022? Let us count the ways. The 64-year-old singer posed with her butt-implated arse sticking out from under a bed; made suggestive gestures to bottles of sriracha and mustard; licked water from a dog’s bowl; wore a neon green sweater paired with bright shorts, tights and thigh-high boots; and showed off that she did sexual things waaaaaay before Cardi B, then suddenly gushed like she was best friends with the rapper. It just gets trashier and trashier. And we haven’t even reached the full hype of her autobiographical movie which looked like being an egotistical disaster from the beginning. Girl, calm down, please, and think of what the children must have to go through.

The Queen died on September 8, aged 97. Elizabeth II was the second longest-reigning monarch in the world, after Louis XIV. Her oldest son King Charles III ascended her to the throne. It only took weeks before Elizabeth II was being dissed constantly in the torturous documentary Harry & Meghan (see further down this article).

Hackers hit Optus in September, compromising the privacy of hundreds of thousands of customers. This was followed by hacks on Medibank, Microsoft, News Corp, Telstra, and even The Red Cross had their servers attacked, making us all a little more nervous about who might soon know our nitty-gritty details.

As if the year wasn’t bad enough watching rich new media owners running amok around the world (and in space), Tesla CEO Elon Musk went on to buy Twitter for an astonishing US$44 billion. Even while Musk asked punters if he should step down as CEO of the social media platform, he was dishing out the dirt on the US government, for example how the Pentagon had been working with Twitter to whitewash the US’s reputation in Middle Eastern countries.

Fashion house Balenciaga were under fire for seemingly promoting child sex abuse in their recent campaign. rsy. One photograph showed a child in a string vest holding a bondage gear-clad teddy bear; another showed a handbag resting on paperwork about child abuse. The company insisted it had nothing to do with the images that ran in its tasteless campaign which, as we all know, is utter bullshit. When your paying squillions to push a diehard fashion brand, you’re going to be keeping an eye on the aesthetic proceedings.

Celine Dion announced in early December that she was suffering from a rare disease called ‘Stiff Person Syndrome’. Nobody had heard of the disease prior to this and everybody is still scratching their heads wondering about the seriousness – or lack thereof – of the obvious-sounding disorder. According to the ‘Stiff Person Syndrome Research Foundation’, the disease is a genuine thing: an autoimmune and neurological disorder that causes rigidity and spasms in the torso and limbs, debilitating pain and chronic anxiety. Is it a real thing? Or did Dion’s anatomy just stop choosing to move after decades of, well, not moving much at all and having maids, chefs, PAs and drivers do all the moving for her?

Heading into Christmas, the long-awaited documentary series ‘Harry & Meghan’ streamed on Netflix, attracting a massive amount of backlash. Viewers found the series to be self-indulgent, rort with whinging and generally found the couple to be, in short, insufferable. If the royal couple created the doco to try and mend their flagging reputation in the media, their bitching about the media throughout did nothing but make matters worse. Now even their fans have turned on them, agreeing that Meghan is nothing but a Hollywood wannabe fame junkie and Harry a dweebie wet fish who ought to have played his cards better. No royal flush here, folks.

In December, the Reserve Bank increased interest rates for the eighth time in a year to 8.1% with mortgage rates jumping up by almost $900 a month on an average loan of $500,000. Yet the Australian people have still not properly protested. And why would they bother when they’re being dumbed down by mind-numbing news, Covid scare tactics, cultural clashes, wars that are out of our hands, and the inanity of online social media to distract us all from the extortion and inflation. Philip Lowe, governor of the Reserve Bank of Australia, has said that Australians should prepare for further interest-rate increases. Because eight interest hikes on our mortgage accounts isn’t enough for them greedy capitalists to bank on already. 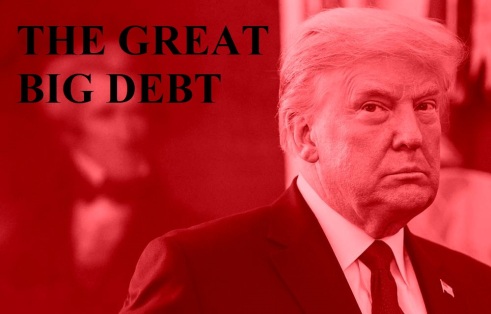 On the very last day of the year, the US Democrats released thousands of pages of former president Donald Trump’s tax returns, providing a detailed picture of his dodgy finances over a six-year period including his time in the White House. The docs show how Trump used a tax code to lower his tax obligation while they also reveal details about his suspect foreign accounts, so-called “charitable” contributions, and information of his profitable and non-profitable business ventures, all previously shielded from public scrutiny. An example of Trump’s dodging taxes: he paid $1 million in 2018 but only $133,445 in 2019, and absolutely nothing in 2020, the year he unsuccessfully sought re-election. Now that’s a lot of paperwork that no accountant is going to have fun with.